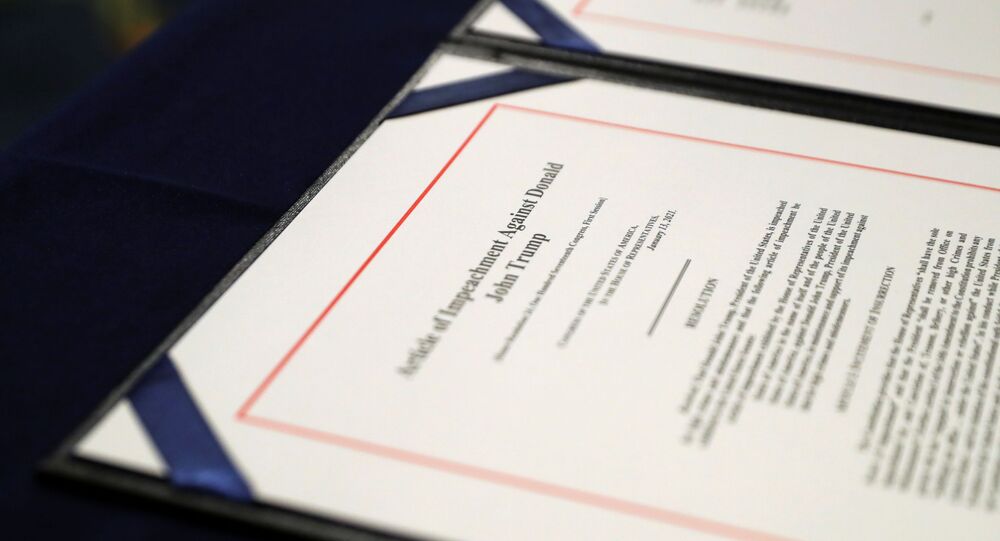 On Monday, 11 January, US House Democrats introduced an article of impeachment against incumbent President Donald Trump, accusing him of “incitement of insurrection" in the wake of the 6 January Capitol mayhem.

The US House of Representatives has started the debate on the possible impeachment of President Donald Trump following last week's mayhem in the Capitol.

As the first task, the House will have to hold a vote setting the rules for the debate. If they are approved, the House will vote later in the day on the passage of one article of impeachment charging Trump with inciting insurrection in a speech he made last week that was followed by a riot on Capitol Hill.

Right after the 6 January Capitol Hill riot, US House Speaker Nancy Pelosi called for President Donald Trump’s removal from office by invoking the 25th Amendment of the US Constitution.

This is the second Democrat attempt to impeach Donald Trump, with the previous one taking place back in 2019.