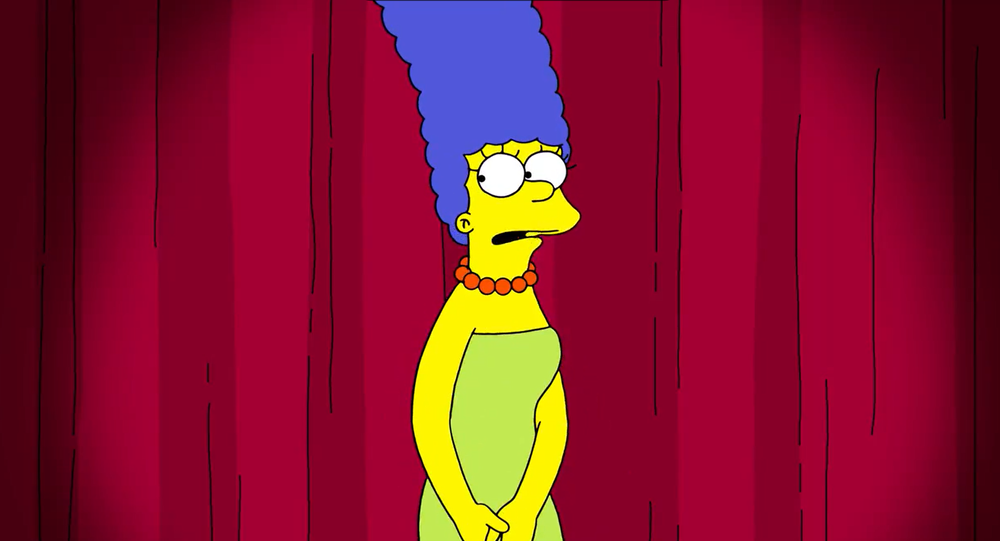 The animated sitcom is famous for making accurate predictions. From Greece’s default and the NSA’s mass surveillance programme to the outbreak of Ebola and the purchase of 20th Century Fox by Disney – the show has managed to make correct forecasts about almost every sphere of life.

One of the writers of The Simpsons, Al Jean, says he doesn't want a "prediction" in one of the latest episodes of the sitcom about Joe Biden’s upcoming inauguration to materialise.

Taking to Twitter, he posted a screenshot from the episode Treehouse of Horror XXXI, showing Homer Simpson sitting on the roof of his house while Springfield lies in ruins, with the caption reading: "January 20th, 2021".

​20 January is the day Biden is set be inaugurated as the 46th president of the United States.

The development comes a week after Trump supporters stormed the US Capitol. Reports say that violent protests may occur in all 50 states in the days leading up to the inauguration. BuzzFeed reported that Trump supporters were planning to gather in Washington, DC a day before the event.

What Are the Best predictions Made by The Simpsons?

Loads of correct forecasts have been made over the course of the show’s history. Some predictions seem to be reasonable assumptions, but some are so accurate and extraordinary that one may think that the writers had somehow got hold of a time machine and travelled to the future. Here are the most interesting predictions shown on the sitcom.

And the Winner is?

The show predicted that MIT Professor Bengt Holmström would win the Nobel Prize in economics six years before it actually happened.

I believe I can fly

In an episode aired in 2012, Lady Gaga performed for the residents of Springfield while hovering over the city. Five years later, the singer did stage a flying performance at the Super Bowl's halftime show, where the singer gracefully glided over a stadium in Houston.

In 2008, the show aired an episode that showed Homer Simpson trying to vote for Barack Obama. However, the voting machine changed his vote to late Republican John McCain. Four years later, when Obama was running for re-election, a video surfaced online showing the voting machine changing votes for Obama into votes for his rival Republican Mitt Romney.

In a 1998 episode Homer tried his hand at inventing new things. Following days of thinking, Homer does what he does best – makes us laugh by coming up with ridiculous things, like as makeup shotgun for women that ladies need to shoot in their faces.
However, he predicted the discovery of Higgs boson, an elementary particle. It was discovered in 2013.

45th president of the United States

Yes, the Simpsons predicted that Trump would become president and did so strikingly well.

Also notice the girl in the both the episode & real life have the same checkerboard skirt on.

The world Elite that control the play that you're all watching stick with the small details apparently. pic.twitter.com/bu6ROeIVrH