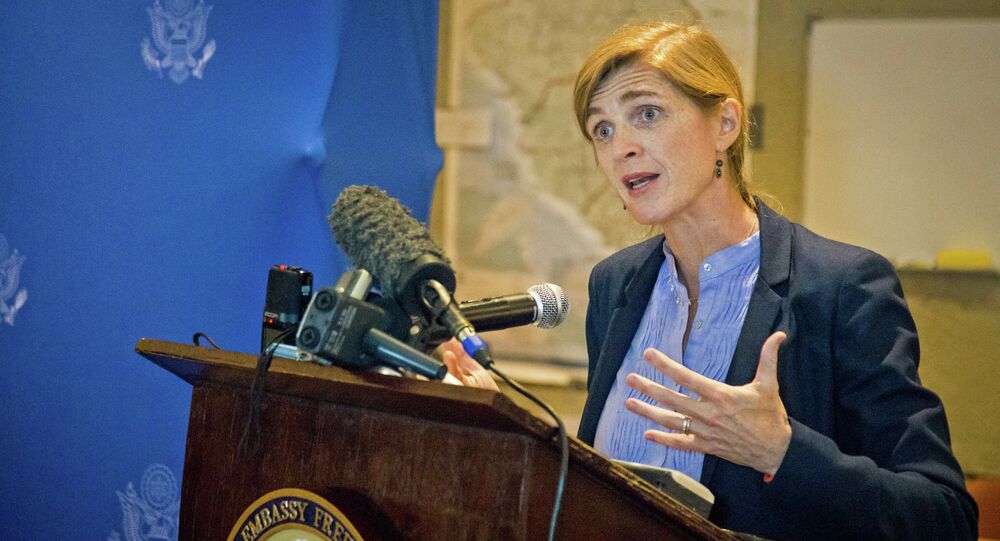 Power served as a senior adviser to Barack Obama until May 2008, and in 2013 she became the 28th United States Ambassador to the United Nations, remaining in office until 2017.

Joe Biden has named Samantha Power as his choice to lead the US Agency for International Development (USAID).

"Power will rally the international community and work with our partners to confront the biggest challenges of our time — including COVID-19, climate change, global poverty, and democratic backsliding", the official statement from his transition team said.

Biden praised Power as "a world-renowned voice of conscience and moral clarity".

"I know firsthand the unparalleled knowledge and tireless commitment to principled American engagement she brings to the table, and her expertise and perspective will be essential as our country reasserts its role as a leader on the world stage. As USAID Administrator, Ambassador Power will be a powerful force for lifting up the vulnerable, ushering in a new era of human progress and development, and advancing American interests globally", Biden said

Power was born in London and spent part of her childhood in Ireland until her parents moved to the US in 1979. She graduated from Yale and worked as a war correspondent during the war in Yugoslavia. In 2003, she received a Pulitzer Prize for General Nonfiction for her book "A Problem from Hell: America and the Age of Genocide", which argued in favour of the so-called "responsibility to protect" doctrine, supporting humanitarian interventions by the US.

Soon afterward, the author worked in the office of then-Senator Barack Obama, participating in his presidential campaign and then joining the National Security Council in 2009. Power was a prominent member of President Obama's Cabinet. In 2011, she clashed with then-Vice President Biden, as he opposed the establishment of a no-fly zone over Libya, while Power backed the idea.

The choice of Power was expected, as Biden's pool mostly consists of officials he worked with while serving as vice president in the Obama administration.