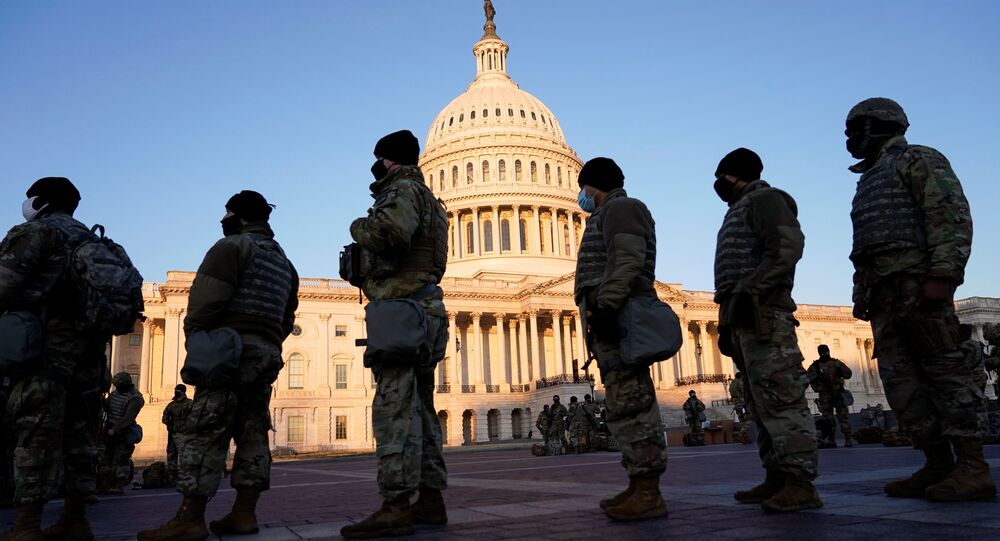 On Monday, 11 January, US House Democrats introduced an article of impeachment against incumbent President Donald Trump, accusing him of “incitement of insurrection" in the wake of the 6 January Capitol mayhem.

Sputnik is live from outside the US Capitol in Washington, DC on Wednesday, 13 January as the House is set to vote on the impeachment of President Donald Trump following last week's mayhem in the Capitol.

Earlier in the day, the Democratic-controlled House of Representatives passed a resolution urging US Vice President Mike Pence to invoke Section 4 of the 25th Amendment to remove President Donald Trump from office for his alleged role in the Capitol Hill riots.

However, this is not the first impeachment process against Donald Trump. In September 2019, the Democrat-led House of Representatives launched an impeachment inquiry into Trump over his purported attempt to solicit a foreign contribution to his presidential campaign using US military aid to Ukraine as a political lever.

In February 2020, the Republican-majority Senate acquitted Trump on both charges of abuse of power and on obstruction of Congress.