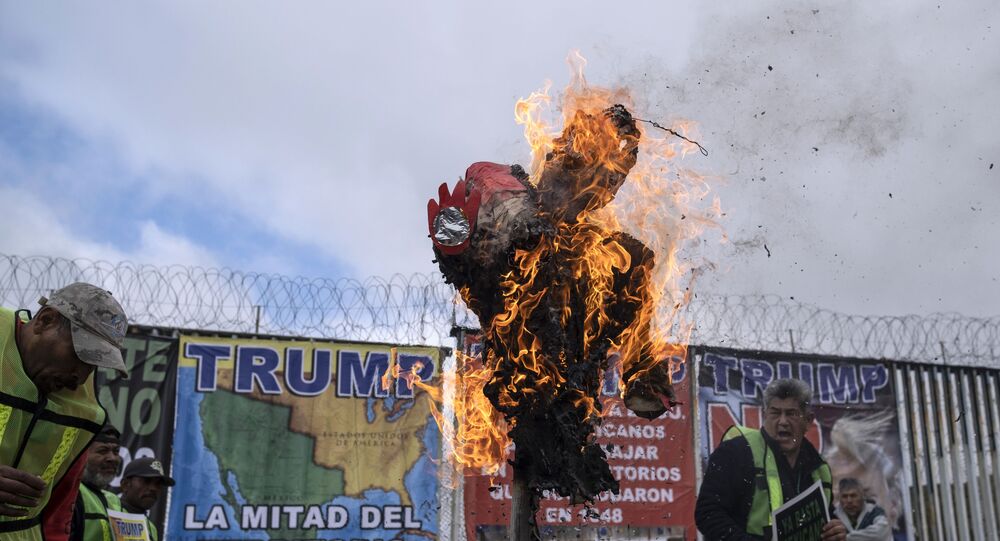 The construction of portions of a US-Mexico border wall is one of the most notable signs of Donald Trump’s presidency. Democratic President-elect Joe Biden, however, has another view of illegal immigration and has pledged that, under his administration, not “another foot” of the border wall will be built.

The acting Customs Border Patrol commissioner, Mark Morgan, told FOX Business "Mornings with Maria" that Biden’s intention to suspend the continuation of construction of a wall on the US-Mexico border is “dangerous” policy that could harm the country’s security.

"If you take away the ideological, hyperbolic false narrative that's out there, that infrastructure works along with technology and personnel, and every single measure of success improves because of that and our borders are more secure and our country's more secure," he asserted.

According to the Trump appointee, a secure border does not only guarantee national security, but economic security as well as “they are absolutely commingled."

Morgan claimed that Biden would cancel achievements by the Trump administration, adding that the president-elect is considering imposing a temporary ban on deportations, releasing detained illegal immigrants and those who give them health care.

"That's not an immigration strategy. That's an open border strategy, and the cartels and human smugglers are already exploiting that", he claimed, adding, "the numbers are already going up because immigrants are being told the borders on Jan. 20th are going to be open once again".

On 12 January, Trump visited the portion of the border wall located in the Texas city of Alamo to commemorate the completion of over 450 miles of the original 2000-mile project. The outgoing president noted in his speech that illegal border crossing and drug smuggling “fell sharply”, by 80-90 percent according to Trump, in some areas with the wall.

Biden's approach to illegal immigration is radically different from that of the outgoing president. According to Biden's campaign platform, the wall, which have “cost taxpayers billions of dollars”, has little to do with real security, because most smuggling comes through official checkpoints. The US president-elect promised that “not another foot of wall would be constructed” under his administration. It is unclear how the new administration will handle contracts that were earlier awarded by teh Trump adminstration.

Among Biden’s election promises was the protection from deportation for those immigrants who illegally arrived in the US with their parents, but are currently required to leave the country when they turn 21, known informally as 'dreamers'. In addition, Biden stated that he would lift Trump's entry ban against citizens from 13 countries that have a predominantly Muslim population.

The Trump administration began building additional sections of the US-Mexico border wall in 2018. The project was a key campaign promise, and was offered as a means to end illegal migration. The administration spent over $15 billion on wall construction and the sections currently cover some 452 of the 1,954 mile border. The building of portions of the wall is accompanied by the installation of additional infrastructure such as roads, lighting and high-tech surveillance systems.

Trump Says 240 Miles of Wall on Border With Mexico Complete