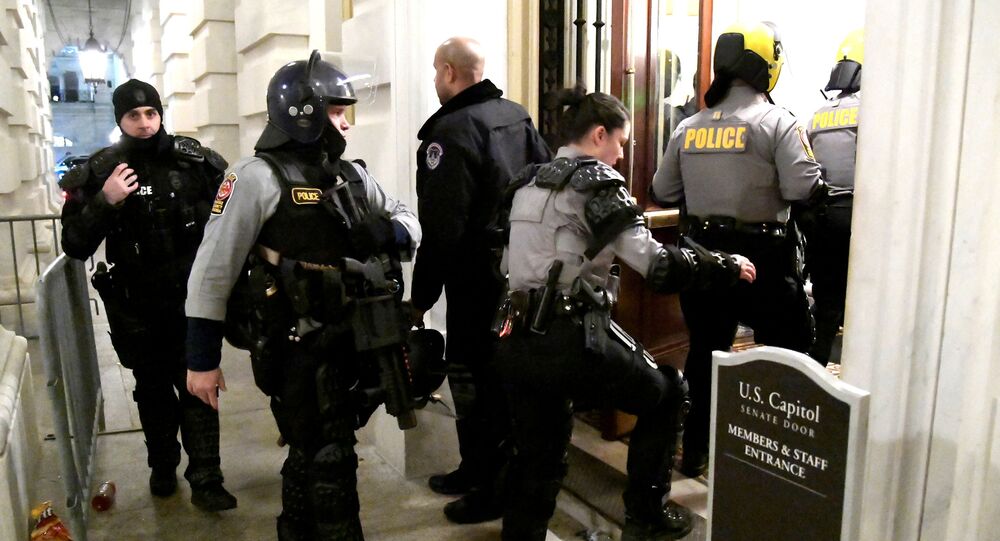 US Arrests Man for Threatening Attacks During Biden Inauguration

WASHINGTON (Sputnik) - Authorities have arrested a man who threatened to kill any Democrat seen at the White House after President-elect Joe Biden is sworn in next week, the US Justice Department said in a press release.

"LOUIS CAPRIOTTI, 45, of Chicago Heights, Ill., is charged with transmitting a threat in interstate commerce, according to a criminal complaint filed in U.S. District Court in Chicago," the release said on Tuesday.

Capriotti was arrested near his home on Tuesday morning and was scheduled to make an initial court appearance in the afternoon, the release added.

The charge stems from a December 29, 2020, voice message to a member of Congress in which Capriotti said that opponents would surround the White House on inauguration day and "kill any [expletive] Democrat that steps on the [expletive] lawn."

Capriotti has a history of leaving profane voicemails for members of Congress, according to the release.

Following last week’s deadly insurgent attack on Capitol Hill that saw five killed, authorities in the nation's capital have significantly tightened security ahead of the January 20 inauguration, including deploying more than 6,000 National Guard troops and imposing a six-day lockdown of the downtown Washington DC area.