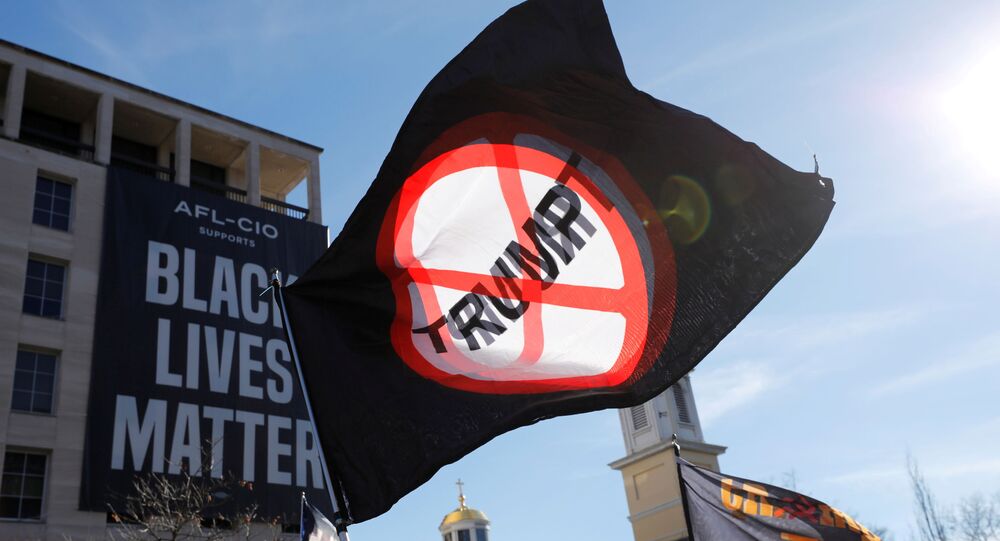 Following a backlash, The Public Broadcasting Service (PBS) rolled out a statement saying that a staffer who appeared to incite violence was no longer employed at the company, adding that the worker did not speak on behalf of the organisation.

On Tuesday, a recording of a former PBS employee, described as Michael Beller, was posted by Project Veritas, with Beller uttering radical comments against Republicans, Trump supporters and their children.

In a conversation with a project journalist, Beller suggested that "we go for all the Republican voters and Homeland Security will take their children away" to "put them into re-education camps".

“Enlightenment camps. They’re nice, they have Sesame Street characters in the classrooms, and they watch PBS all day.”

He went on to label Americans as "so f***king dumb", and then expressed contentment that a lot of people who live in red states "are sick and dying", citing the states' COVID cases.

"What’s great is that COVID is spiking in all the red states right now. So that’s great…a lot of them [red state voters] are sick and dying", he is heard saying.

Explaining his angry radicalism, Beller described the times as "unique" and compared Trump to Nazi leader Adolf Hitler. The Veritas journalist then asked him what he would do if Democrats did not win.

“Even if Biden wins, we go for all the Republican voters, Homeland Security will take their children away…” pic.twitter.com/JMGo88BDwV

​The Veritas report caused waves in social media, with users calling Beller's remarks "abhorrent" and demanding an explanation from PBS.

The company quickly tweeted that "this employee no longer works at PBS". According to PBS, Beller was "a mid-level staff attorney" who did not make "editorial decisions".

"There is no place for hateful rhetoric at PBS, and this individual’s views in no way reflect our values or opinions", the company said. "We strongly condemn violence and will continue to do what we have done for 50 years – use our national platform and local presence to strengthen communities and bring people together."

“There is no place for hateful rhetoric at PBS, and this individual’s views in no way reflect our values or opinions.” (2/3)

“We strongly condemn violence and will continue to do what we have done for 50 years – use our national platform and local presence to strengthen communities and bring people together." (3/3)

After PBS announced that it had fired Beller, Veritas' James O'Keefe, in a video statement, praised the reaction of PBS to the leak as "the fastest" in the history of the Project.

"...Within just about two-two and a half hours this man has been terminated, now forcing the mainstream media to report about it", O'Keefe said. "This is what I was trying to tell you all. We must stop complaining. We must now do their jobs. And do their jobs, we have done."

Project Veritas describes itself as a "non-profit journalism enterprise" investigating "corruption, dishonesty, self-dealing, waste, fraud, and other misconduct in both public and private institutions".

One of the most recent revelations by Veritas exposed a conference call in a CNN morning editorial meeting showing CNN bosses downplaying a news story on Hunter Biden's purported "laptop from hell". After a Veritas investigation, O'Keefe slammed CNN for “partisan political agenda and total disconnect with journalistic ethics".

CNN neither confirmed nor denied the authenticity of the recordings, only warned that leaking conversations "may be a felony".

Election 2020 Proves US Laws Must Be Radically Reformed, Author Says