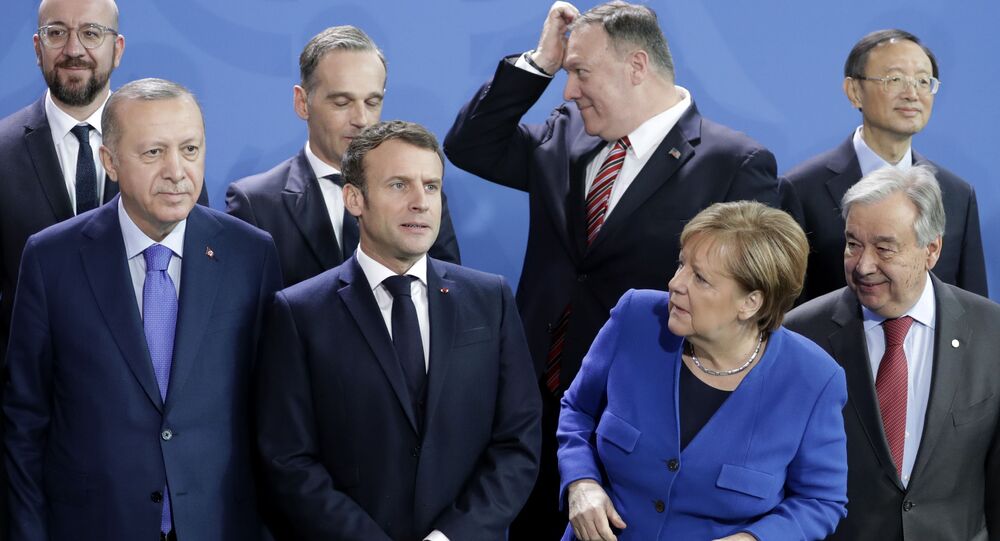 In the wake of the failed January 6 putsch at the US Capitol by supporters of US President Donald Trump, some of the US’ closest allies, including leaders of the European Union, denounced the violence and demanded the peaceful process of power transition be respected in Washington.

According to Reuters, the shoe was on the other foot on Tuesday when US Secretary of State Mike Pompeo abruptly canceled his planned trip to Europe, as it was actually European diplomats who had refused to meet with Pompeo.

Anonymous European diplomats told Reuters that Pompeo was snubbed by Brussels and Luxembourg after European Union officials were disgusted by the failed January 6 insurrection in Washington, DC.

One source told Reuters that US allies were “embarrassed” by the prospect of meeting Trump’s chief diplomatic envoy just days after his supporters stormed the US Capitol building and dispersed Congress in an attempt to void the results of the November 2020 election, which Trump lost to US President-elect Joe Biden. Their efforts failed, and the results were later certified, although five people were killed in the riot.

Leading figures in many of Washington’s closest allies firmly denounced the attempted putsch, including Jens Stoltenberg, the secretary-general of the NATO alliance, whom Pompeo was scheduled to meet privately during the now-canceled trip.

Earlier on Tuesday, Pompeo announced all State Department travel plans had been canceled, saying only that doing so was necessary in order to focus on the presidential transition of power, which is expected to take place on January 20.

According to Pompeo’s spokesperson, the trip aimed to “highlight the enduring importance of the Transatlantic partnership, champion NATO’s ongoing success in safeguarding the Transatlantic community and adapting to new security challenges, and reaffirm the strength of the bilateral relationship between the United States and Belgium.”

In the hours after police cleared the insurrectionists from the Capitol, Pompeo offered vague platitudes on Twitter about violence being “intolerable both at home and abroad,” but not enough to satisfy diplomats in his own department, who in the days that followed demanded that Pompeo more strongly and explicitly distance himself from Trump.

“Failing to publicly hold the president to account would further damage our democracy and our ability to effectively accomplish our foreign policy goals abroad,” one internal dissent cable read, according to the New York Times.

Another noted, “Just as we routinely denounce foreign leaders who use violence and intimidation to interfere in peaceful democratic processes and override the will of their voters, the department’s public statements about this episode should also mention President Trump by name.”

On Monday, House Democrats introduced a new article of impeachment aimed at removing Trump from office by faulting him for the January 6 insurrection. His supporters swarmed the US Capitol after a stormy rally hosted by Trump outside the White House at which he encouraged them to take action and “stop the steal.”

Thousands of US National Guard troops have been deployed to the national capital city in the wake of the insurrection in order to ensure a peaceful transition of power.

'Better Chance Finding a Unicorn': Pompeo Claims It is Impossible to Normalise Relations With Iran