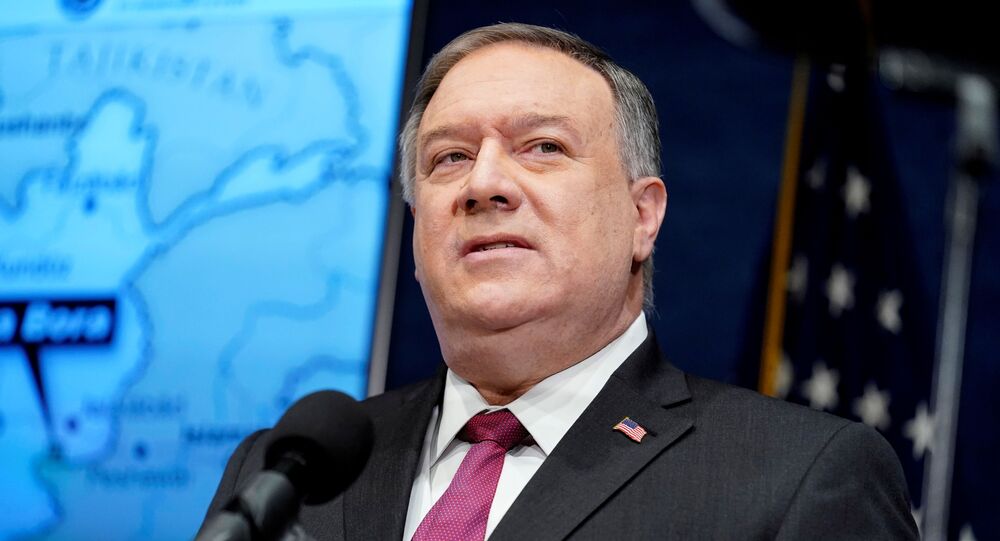 US Secretary of State Mike Pompeo was previously scheduled to travel to Brussels, Belgium, on Wednesday "to reaffirm the deep and enduring partnership between the United States and Belgium and the unwavering US support for NATO," according to a Monday memo from the State Department.

The State Department announced Tuesday that all departmental travel, including that of Pompeo, would be canceled so officials can focus on carrying out transition work ahead of US President-elect Joe Biden's assumption of office.

"We are expecting shortly a plan from the incoming administration identifying the career officials who will remain in positions of responsibility on an acting basis until the Senate confirmation process is complete for incoming officials," the State Department statement read, as reported by Reuters. "As a result, we are cancelling all planned travel this week, including the Secretary’s trip to Europe."

This development comes just a day after the office of Pompeo's spokesperson proclaimed the official would be meeting NATO Secretary-General Jens Stoltenberg and Belgian Deputy Prime Minister and Minister of Foreign Affairs Sophie Wilmès during his January 13-14 trip to Brussels.

"Secretary Pompeo will highlight the enduring importance of the Transatlantic partnership, champion NATO’s ongoing success in safeguarding the Transatlantic community and adapting to new security challenges, and reaffirm the strength of the bilateral relationship between the United States and Belgium," the announcement read.

The State Department's recent decision will also nix US Ambassador to the United Nations Kelly Craft's planned visit to Taipei, Taiwan, from January 13-15. Craft's visit was positioned to be the first time an American ambassador has visited the self-governing island since US President Jimmy Carter signed the 1979 Taiwan Relations Act and broke formal relations between the US and Taiwan.

The planned visit was condemned by Beijing, with the Chinese mission to the UN stating last week that the US "will pay a heavy price" for its "crazy provocation." The mission also emphasized that these moves are "creating new difficulties for China-US relations."

"Any actions which harm China's core interests will be met with a firm counter-attack and will not succeed," Chinese foreign ministry spokesman Lijian Zhao asserted to reporters on Monday, as reported by the BBC.

China has maintained that it views Taiwan as a breakaway province, and while the island has had its own government since 1949, the “One-China policy” states that there is only one sovereign China.

Mainstream US media outlets have speculated that the State Department's decision to cancel travel may be linked to the possible second impeachment vote against US President Donald Trump, who many believe incited the deadly riots and storming of the Capitol building in Washington, DC, on January 6.

The US House of Representatives is set to vote Tuesday night on a resolution that calls for outgoing Vice President Mike Pence to invoke the 25th Amendment and remove Trump from office before his term wraps on January 20.