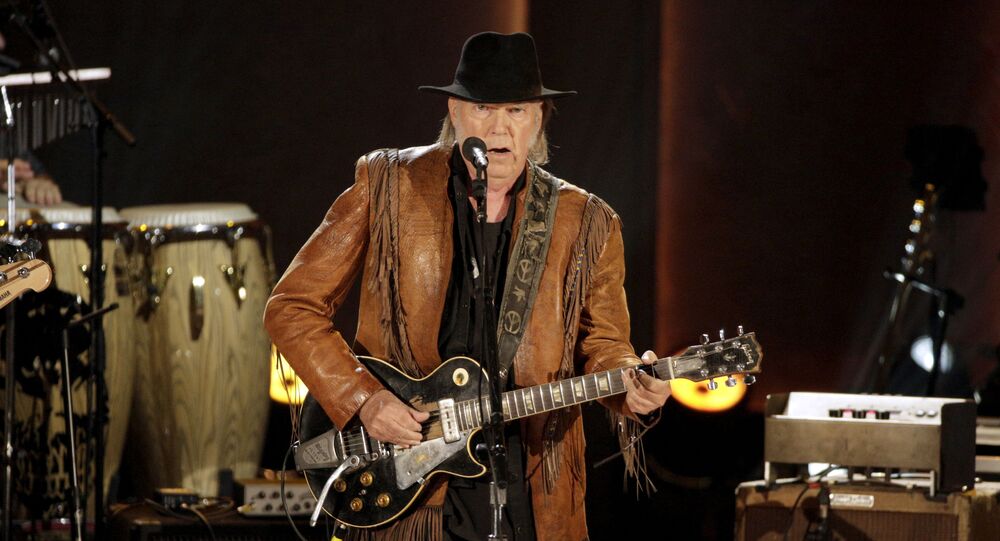 After the Capitol Rush: Neil Young Expresses 'Sadness and Compassion' for Congress Protesters

Veteran musician Neil Young, known for his political protest songs, urged those on both sides of the divide to "find a way home" after last Wednesday's scenes at the US Capitol building in Washington DC.

Canadian singer-songwriter Neil Young has expressed his "sadness and compassion" after listening to protesters at the US Capitol building last week.

In a blog post on his website, the veteran musician wrote of his feelings of "empathy" after watching supporters of outgoing US President Donald Trump occupy the chambers of the US Congress on Wednesday, briefly disrupting the confirmation of Democrat Joe Biden as president-elect, pleading that "We are not enemies".

"A young lady in tears spoke of being maced in the Capitol. She was crying because she had been attacked and all she was doing was trying to have her voice heard in the Revolution," Young wrote. "She was one of thousands who have been carrying the feeling of being persecuted for their beliefs, their feeling that American power just didn’t care."

Although Young insisted Trump had "betrayed the people, exaggerated and amplified the truth to foment hatred", he urged understanding between Democrats, Republicans and Trump's 75-million support base.

"We don’t need this hate. We need discussion and solutions," Young wrote. "Respect for one another’s beliefs. Not hatred."

© Sputnik
Pelosi Moves for Impeachment in Final Days of Trump Administration
The 75-year-old musician, whose career has spanned seven decades, said he was "shocked to see the Confederate flag being waved inside the chamber; "the destruction and disrespect. But mostly I felt bad for the people."

"I still have my strong beliefs. That has not changed," stressed Young, whose protest song Southern Man prompted Lynyrd Skynyrd's response in Sweet Home Alabama.

"But now I feel empathy for the people who have been so manipulated and had their beliefs used as political weapons. I may be among them. I wish internet news were two-sided. Both sides represented on the same programmes. Social media, in the hands of powerful people – amplifying lies and untruths - is crippling our belief system, turning us against one another."

Young has been a frequent critic of Trump, even suing him — unsuccessfully — for using his songs in the soundtrack for political rallies.