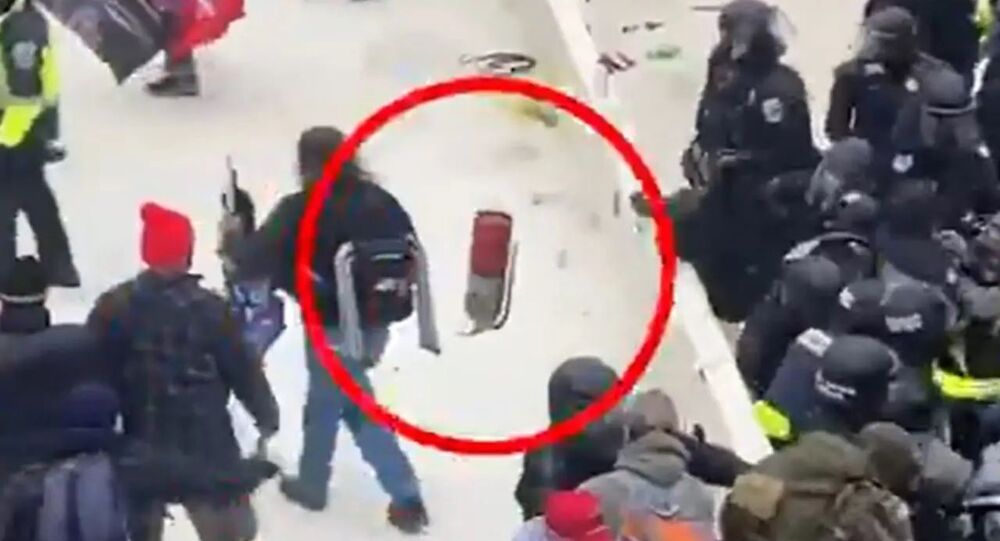 Among the people who died as a result of the Capitol riot last week were two officers, Brian Sicknick, who was hit in the head with a fire extinguisher, and Howard Liebengood, who died of undisclosed causes.

A video published on Youtube last Wednesday has captured the moment a Capitol protester threw a fire extinguisher at a group of officers, hitting one of them in the helmet.

The protester then casually walks away from the scene.

Clipped fa video uploaded to YouTube by someone from the "Gay Frog site" showing an attack on capitol police including a fire extinguisher being thrown at them pic.twitter.com/UfJLlVuGSL

​The video has attracted attention as one of the police officers who defended the Capitol during the Wednesday riots died in a hospital a day later after being hit in the head with a fire extinguisher during the melee.

An investigation into the death of the officer, who appeared to be 42-year-old Brian Sicknick, has been launched, according to the Associated Press.

As of Monday, at least 90 people had been arrested over the riots on charges ranging from misdemeanour curfew violations to felony assaults on police officers.