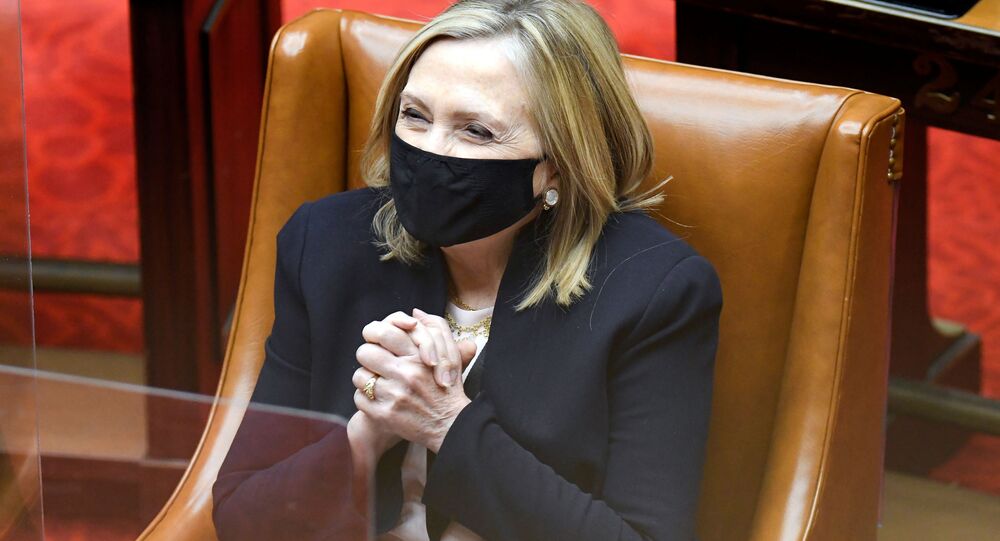 On Monday, a single impeachment article was introduced in the lower chamber of Congress after House Republicans blocked a request by Democrats to unanimously pass a resolution urging Vice President Mike Pence to invoke the 25th Amendment to remove President Donald Trump from office.

In an op-ed for The Washington Post on Monday, former US Secretary of State Hillary Clinton signalled her support for the current drive by Democrats to impeach President Donald Trump.

"Removing Trump from office is essential, and I believe he should be impeached", the 2016 Democratic presidential candidate wrote, also demanding the resignation of "members of Congress who joined him [the US president] in subverting our democracy".

She referred to the violent events in Washington on Wednesday, when Trump supporters breached the Capitol, describing it as "the tragically predictable result of white-supremacist grievances fueled by President Trump".

Last year, POTUS said that he "condemns all white supremacists" and that he denounces the Proud Boys, an organisation classified by the FBI as an "extremist group".

Clinton did not think twice before claiming that Wednesday's events, just like the 9/11 attack, took place due to a "failure of imagination".

In the current situation, it was "a failure to account for the damage that can be done to our nation by a president who incites violence, congressional leaders who fan the flames, and social media platforms that sear conspiracy theories into the minds of Trump's supporters", the ex-secretary of state asserted.

She praised Twitter and "other companies" for making "the right decision to stop Trump from using their platforms, but they will have to do more to stop the spread of violent speech and conspiracy theories", she noted. Clinton also urged President-elect Joe Biden "to address this crisis in all its complexity and breadth, including holding technology platforms accountable".

Last week, POTUS pledged to look at building his own platform after he was suspended from Twitter and Facebook over what the companies described as "glorification of violence".

Clinton's remarks come after House Democrats rolled out an impeachment resolution on Monday seeking to remove Trump from office before Biden is inaugurated on 20 January. The document was instantly blocked by House Republicans.

© AP Photo / Evan Vucci
Trump, Pence Reportedly Speak for First Time in Oval Office Since Deadly Capitol Riots
The resolution's sole impeachment article claims Trump has "demonstrated that he will remain a threat to national security, democracy, and the Constitution if allowed to remain in office and has acted in a manner grossly incompatible with self-governance and the rule of law". House Democrats are due to vote on the article on Wednesday.

During the Capitol unrest on Wednesday, Trump took to his Twitter account to call for the protesters to disperse, urging them "to go home" and saying that "we have to have peace". In a subsequent video message, the US president vowed to ensure "a smooth, orderly, and seamless transition of power" in the country.