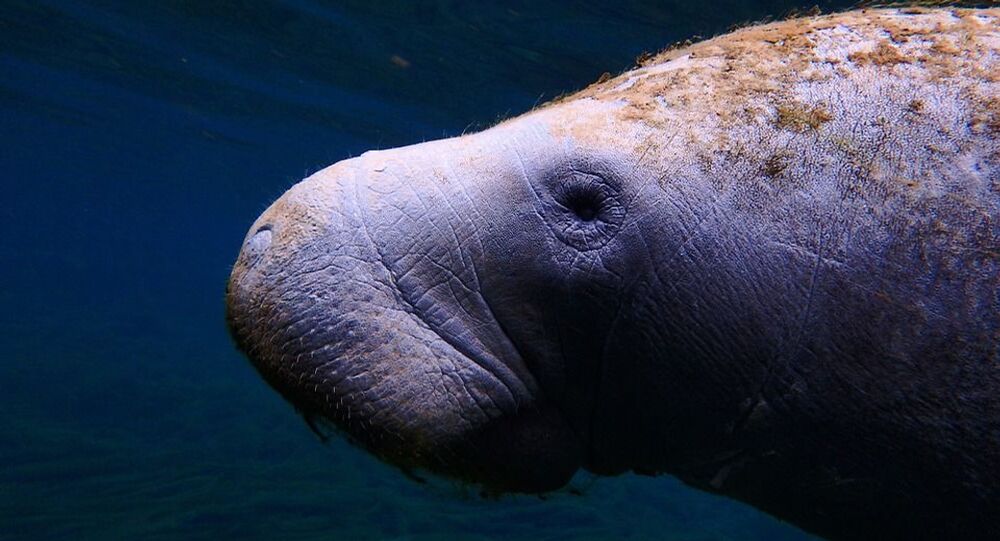 Reports say that wildlife officials in Florida are investigating the carving of the word “Trump” on a defenseless manatee’s back. Although the animal is not endangered, the perpetrators could face serious charges.

According to the Citrus County Chronicle, a “cruel illegal mutilation” was discovered on Sunday in the Homosassa River in Citrus County, on Florida’s Gulf Coast.

As The New York Times wrote, the Center for Biological Diversity is offering a $5,000 reward for information that could help identify the manatee’s violators, and see them face a $50,000 fine and a one-year minimum sentence.

“It’s clear that whoever harmed this defenseless, gentle giant is capable of doing grave violence and needs to be apprehended immediately,” the center’s Florida director, Jaclyn Lopez, said on Monday.

“The U.S. Fish & Wildlife Service is investigating the harassment of a manatee...reported to federal authorities over the weekend discovered w/ words "Trump" scraped in its back ...discovered in Blue Hole on the Homosassa River” (via @CitrusChronicle )
-
Insurrectioning wildlife? pic.twitter.com/PvzI3pZ5Xn

While the animal is not thought to have been seriously injured in the mutilation, a senior Florida representative at Defenders of Wildlife, Elizabeth Fleming, noted that “this action goes beyond the bounds of what is considered cruel and inhumane.”

“We will do everything in our power to help find, arrest and successfully prosecute this coward,” she stated.

Manatees, a herbivorous marine mammal, are Florida’s unofficial mascot, and are protected from disturbance and harassment by the Endangered Species Federal Act and the Marine Mammal Protection Act, the Florida Fish and Wildlife Conservation Commission says.