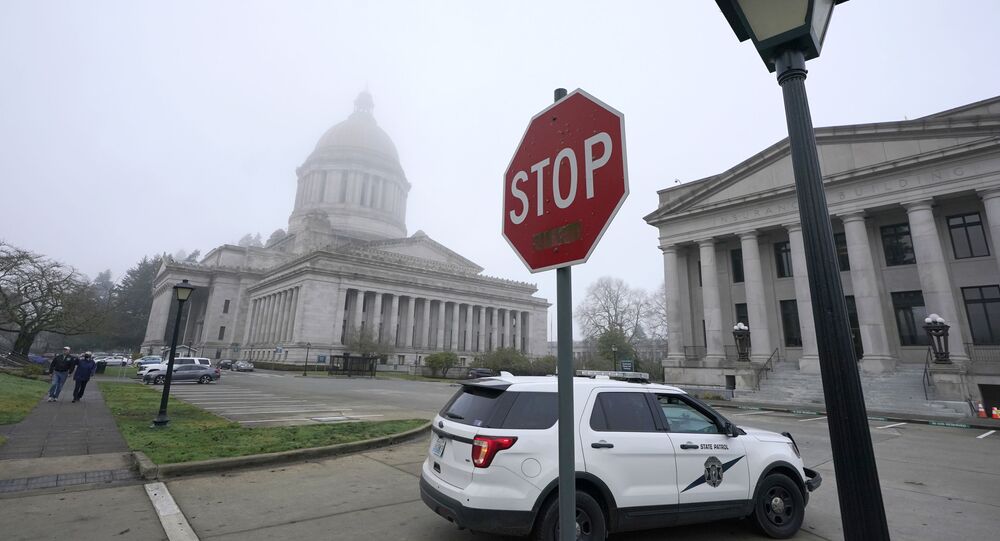 Democrat Joe Biden is expected to become the US president on 20 January. Authorities in Washington DC earlier issued an emergency declaration ahead of the inauguration.

Outgoing US President Donald Trump on Monday approved an emergency declaration for Washington DC ahead of the 59th presidential inauguration, which will remain effective through 24 January.

"The President's action authorizes the Department of Homeland Security, Federal Emergency Management Agency (FEMA), to coordinate all disaster relief efforts which have the purpose of alleviating the hardship and suffering caused by the emergency on the local population, and to provide appropriate assistance for required emergency measures, [...] to save lives and to protect property and public health and safety, and to lessen or avert the threat of a catastrophe in the District of Columbia", the White House statement said.

The declaration followed media reports on FBI warnings of armed protests planned in all 50 US state capitals, including the US Capitol building, in the days leading up to the 20 January Joe Biden inauguration.

Earlier, DC Mayor Muriel Bowser urged the US Homeland Security Department to "adjust its approach to the inauguration in several specific ways", asking to extend the National Special Security Event period to run from 11 to 24 January and requesting the pre-disaster declaration.

© REUTERS / ERIN SCOTT
US to Deploy Up to 15,000 National Guard Troops to Safeguard Biden Inauguration
Bowser referred to "the unprecedented terrorist attack on the United States Capitol" last week, which killed 5 as Trump supporters stormed the building and disrupted the congressional review of election results.

After the deadly Capitol attack, House Democrats prepared a resolution to impeach Trump, charging the outgoing president with "incitement of insurrection".

Trump, who refused to accept the truth of the outcome of the presidential election, eventually conceded to Biden after the Capitol assault and vowed to ensure "a smooth, orderly and seamless transition of power".