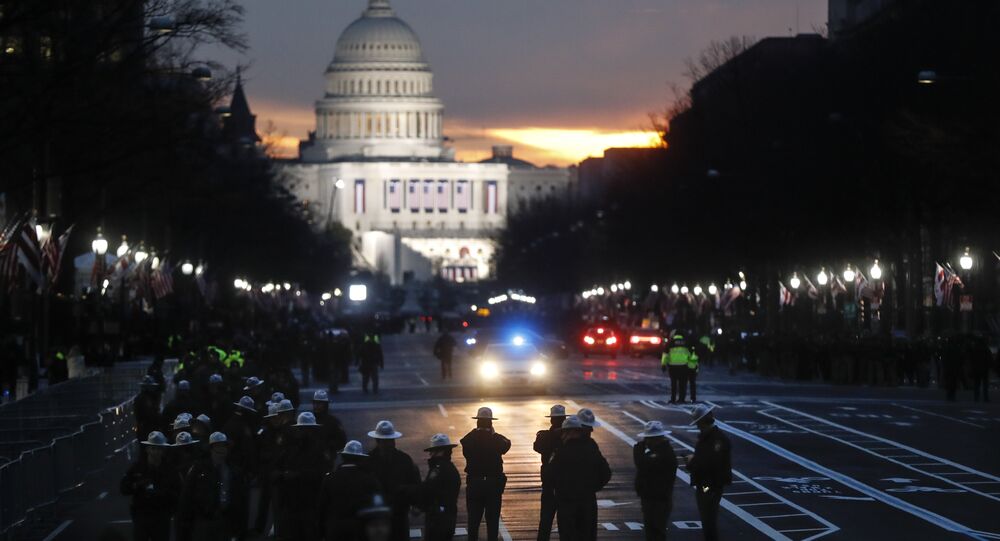 The previous Inauguration Day in 2017 saw widespread demonstrations in the capital city, and police made sweeping arrests of hundreds of protesters. However, the recent insurrection at the US Capitol building is without precedent, and the Washington, DC, government is looking to ensure a peaceful transfer of power.

District of Columbia Mayor Muriel Bowser has petitioned the US Department of the Interior to extend the special security period in the nation’s capital associated with the presidential inauguration as well as to cancel all protest permits scheduled for the days surrounding the January 20 transfer of power.

On Monday, Bowser asked the Department of Homeland Security to take several measures designed to enhance security in Washington, DC, ahead, during and after the presidential inauguration. Her request comes just days after a violent insurrection by supporters of US President Donald Trump, who stormed the US Capitol building and dispersed the national legislature in a bid to overturn the results of the November election, which Trump lost to US President-elect Joe Biden.

Later on Monday, the US Department of Homeland Security granted one of Bowser’s requests: to begin the National Special Security Event period on January 13 instead of January 19. The designation allows a plethora of special security measures, including sweeps by bomb-detecting dogs, extensive road closures, a US National Guard presence and the deployment of sharpshooters.

However, the other requests remained unanswered when this story went to publication. Acting DHS chief Chad Wolf announced his resignation later on Monday. He said Federal Emergency Management Agency director Pete Gaynor would take over his position.

The DC mayor’s other requests included a pre-disaster declaration; a special joint coordination effort between the departments of Justice, Defense and Homeland Security, as well as Congress and the Supreme Court, to establish a joint deployment plan for various police forces across the entire city; a daily threat briefing by the FBI for “the DC Homeland Security and Emergency Management Agency (HSEMA) and MPD and all law enforcement entities operating in the District of Columbia.”

Bowser separately asked the US Department of the Interior to cancel all public gathering permits in the city until January 24, noting the city had repeatedly made the request since June 2020 in order to limit the spread of COVID-19.

The Pentagon has already deployed 6,200 National Guard troops to Washington, DC, and its immediate environs until at least February 6, but the guard has been authorized to deploy as many as 15,000 troops if additional forces are requested by Bowser.

Presidential inaugurations typically see demonstrations by both supporters of the incoming administration as well as its opponents, many of whom line the parade route down Pennsylvania Avenue connecting the US Capitol to the White House.

At US President Donald Trump’s inauguration in January 2017, thousands demonstrated against his rise to power, and protesters clashed with police in the city’s streets during militant protests that saw the windows of several shops smashed and a limousine torched as police deployed tear gas and flash-bang grenades. Mass arrests saw 234 people charged with felony riot charges, but in the end, all the charges were dropped.

The violent storming of the US Capitol on January 6 immediately followed a “Stop the Steal” rally hosted by Trump at the White House. As protesters swarmed the national legislature, lawmakers scrambled for safety, and five rioters and police were killed in the ensuing chaos. However, there is also evidence of some police officers cooperating with the rioters, including opening doors and barricades to let them in and even snapping selfies with them, as Sputnik reported.