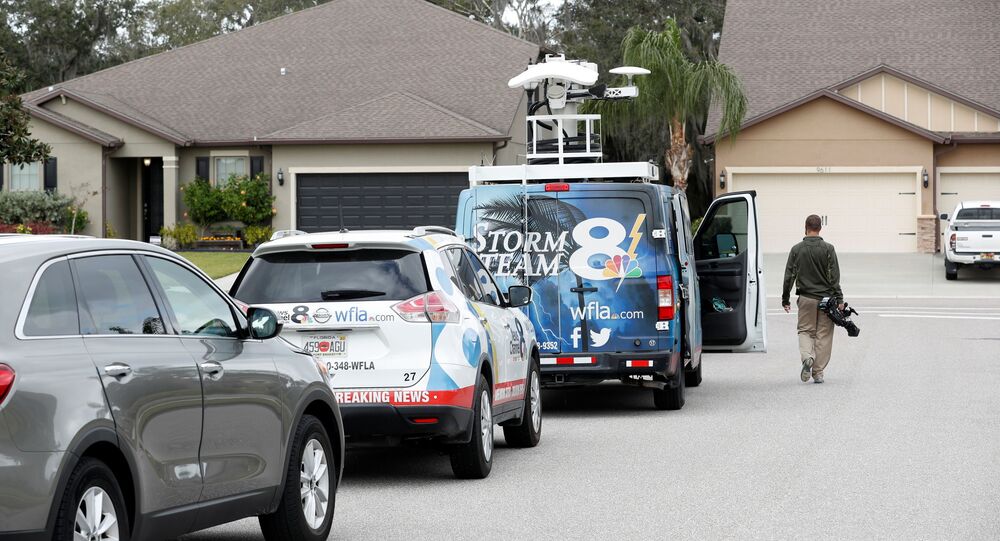 WASHINGTON (Sputnik) - A Florida man identified in a photograph as being the person carrying away US House Speaker Nancy Pelosi's lectern was released on bail after being arrested and charged with three federal felony charges connected with the deadly storming of the US Capitol, news reports said.

Adam Johnson, 36, was charged and released on Monday, on a $25,000 bond. Authorities imposed on Johnson a 9 p.m. to 6 a.m. curfew, a ban on the possession of firearms or other weapons, and restricted his travel to the middle district of Florida and to Washington DC for court-related issues, WFLA News in Tampa Bay reported on Monday evening.

Johnson is due to appear in court on January 19, the report noted.

Johnson was arrested on Friday on a federal warrant and was jailed in Pinellas County, WFLA reported earlier. He was charged with three felony counts of entering a restricted building without authorization, theft of government property and violent entry and disorderly conduct on Capitol grounds, the report said.

Johnson is accused of participating in the deadly storming of the Capitol on Wednesday in which 5 people were killed and supporters of President Donald Trump, claiming the November 3 national election was stolen, broke into and vandalized the building, the report added.