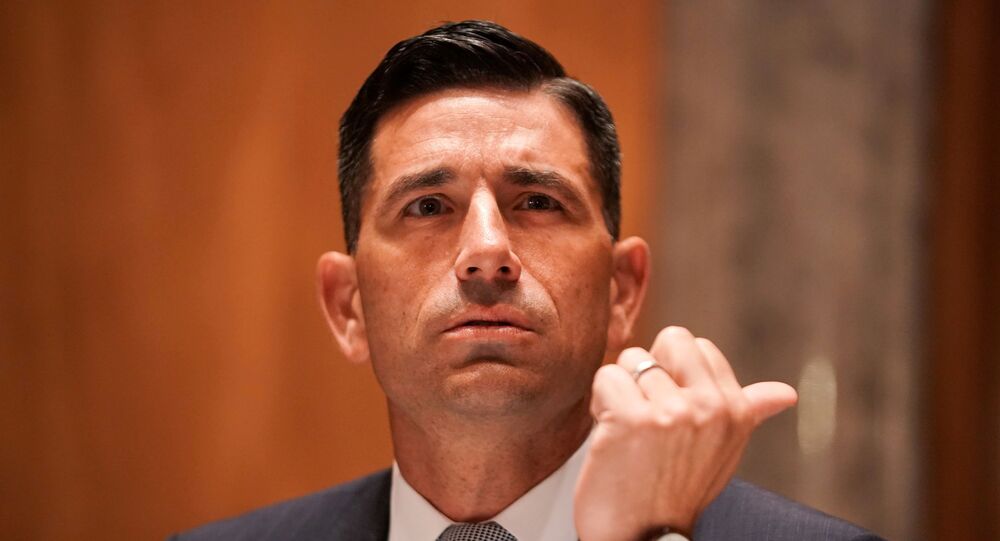 Chad Wolf was named the acting United States secretary of homeland security in November 2019 after it was announced that Kevin McAleenan would step down from the position.

US Acting Secretary of Homeland Security Chad Wolf on Monday sent a letter to Department employees announcing his resignation, "effective at 11:59 p.m. today".

In his statement, Wolf noted that he was "saddened to take this step" as he intended "to serve the Department until the end of this Administration"

"Unfortunately, this action is warranted by recent events, including the ongoing and meritless court rulings regarding the validity of my authority as Acting Secretary", Wolf said in his letter. "These events and concerns increasingly serve to divert attention and resources away from the important work of the Department in this critical time of a transition of power".

Wolf said that it would be Pete Gaynor, a FEMA administrator, who would take over the position of the acting secretary of homeland security.

Wolf was appointed acting DHS secretary by Trump in November 2019. The legality of his appointment was questioned by House Democrats, who noted that Wolf's predecessor McAleenan did not have the authority to change the department's line of succession, as former DHS secretary Kirstjen Nielsen did not properly place him first in line of succession before his own resignation.

Wolf's decision to step down from the position comes three days after a US judge ruled that his appointment was unlawful.

On Wednesday, the outgoing US president, Donald Trump, withdrew Wolf's nomination to be DHS chief shortly after the latter publicly called on the president to condemn the deadly violence on Capitol Hill.

Wolf is the third cabinet member to resign following the violent attacks on the US Capitol that left 5 people killed as a crowd of Trump supporters stormed the building. In the wake of the assault, Transportation Secretary Elaine Chao and Education Secretary Betsy DeVos both resigned.