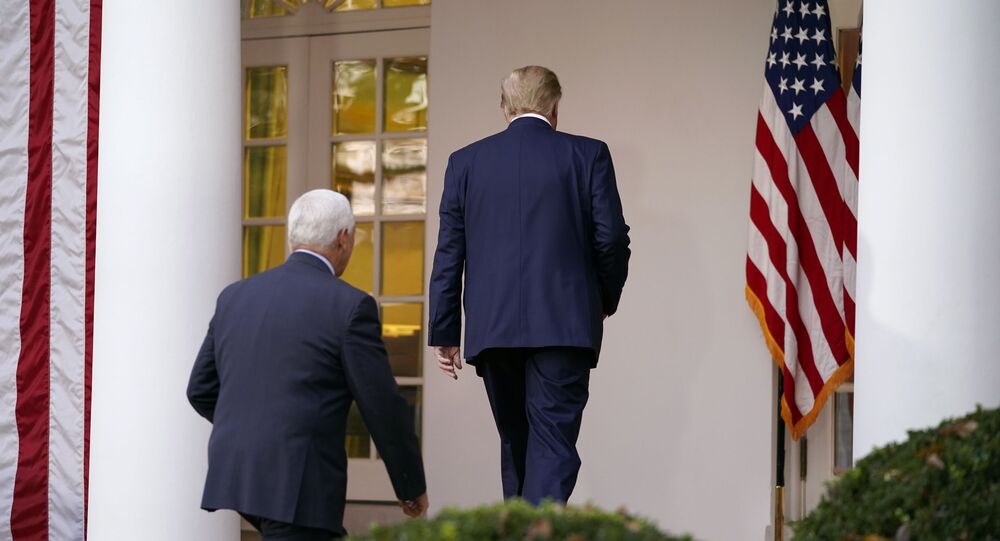 Earlier, House Democrats introduced articles of impeachment against US President Donald Trump aiming to remove him from office, and have separately proposed invoking the 25th amendment to do the same over the 6 January Capitol building attack by POTUS supporters.

On Monday afternoon, mysterious changes were made to the biographies of Trump and US Vice President Mike Pence on the official US Department of State website, claiming that their terms had ended.

The two pages were quickly taken down, after word got out on social media about the edits.

BuzzFeed News reported that the edits were the work of a “disgruntled staffer” in the Department of State, according to an unnamed diplomat in the department. In actuality, both men’s terms end on January 20, when US President-elect Joe Biden and US Vice President-elect Kamala Harris will be sworn in.

US Secretary of State Mike Pompeo has reportedly ordered an investigation into the incident, after an unnamed diplomat in the department described the system as “nearly impossible to hack.”

The incident comes just hours after congressional Democrats introduced fresh articles of impeachment against Trump, charging him with “incitement of insurrection” after 5 people were killed as a result of throngs of his supporters storming the US Capitol building last week in a bid to halt the official certification of the Electoral College’s votes for president. The college voted in favor of Biden, Trump’s rival, whose victory Trump has called fraudulent.

Pence, who was in the Capitol at the time of the attack, sought shelter with other lawmakers, after previously denying that he had the power to interfere with the certification process. Pence is not charged in the impeachment articles.

Five people died in the insurrection and the Capitol building was looted, causing the District of Columbia to request thousands of US National Guard soldiers to occupy the city until after the inauguration in order to guarantee a peaceful transfer of power. It was the first assault on the national legislature since 1814, when British troops occupied the city and burned the building in retaliation for US troops torching the city of York, part of today’s Toronto, Canada.

US to Deploy Up to 15,000 National Guard Troops to Safeguard Biden Inauguration