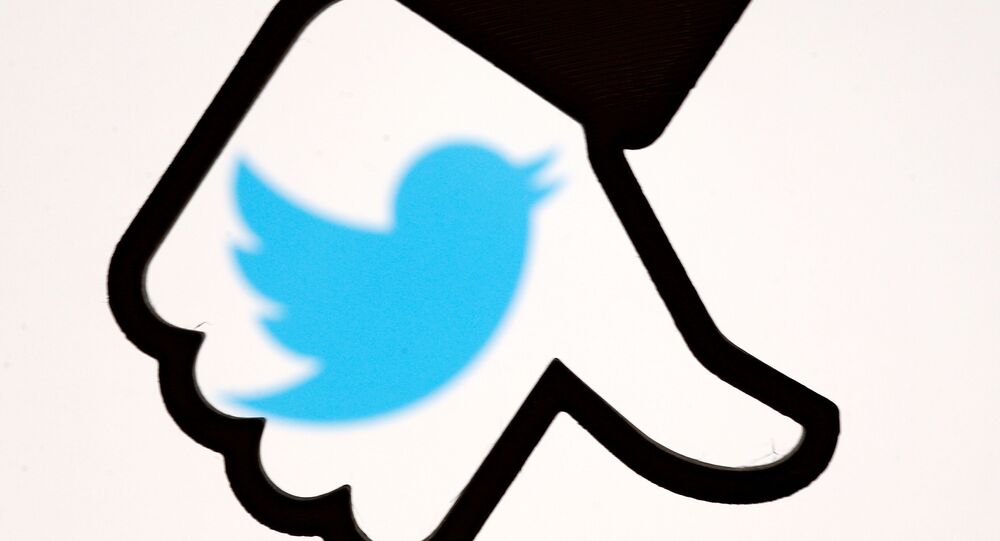 Following the Capitol riots on January 6, Twitter has moved to enforce a number of new guidelines that have led to deletions of posts and suspensions of several accounts, including the personal profile of outgoing US President Donald Trump.

Newly sworn-in Rep. Barry Moore (R-AL) recently joined the ranks of Republican lawmakers pushing back against Twitter's new policies after he deactivated his personal account on the platform.

“[W]e have more arrests for stealing a podium on Jan. 6th than we do for stealing an election on November 3rd,” he tweeted, referring to Adam Johnson, the 36-year-old man who was arrested after being photographed at the Capitol carrying the lectern of House Speaker Nancy Pelosi (D-CA). The married father of five was booked in Florida's Pinellas County jail two days after the incident and slapped with a slew of charges, including one count of knowingly entering or remaining in any restricted building or grounds without lawful authority and one count of theft of government property.

"I shut down my personal Twitter today. No way I'm going to support their biases. I am on Parler," Moore wrote in a Facebook post, according to WDHN. "We must fight #censorship."

The self-imposed deactivation followed a suspension over a number of tweets first highlighted by journalist Jamie Dupree.

Moore also made this tweet on Saturday night about the US Capitol Police officer who shot and killed a woman as she tried to get into a lobby off the House floor, where lawmakers were sheltering from the attack by Trump supporters. pic.twitter.com/BsYL2DzedZ

According to Shana Teehan, Moore's chief of staff, the lawmaker's move was in direct reaction to the silencing of right-wing voices on Twitter.

“Yes, he was suspended, but then deactivated his account because of the censorship of conservative voices he saw happening,” she told WDHN.

Moore's personal protest comes alongside the widespread social media fallout that accompanied violence on January 6 in Washington, DC. Citing the promotion or inciting of violence, Twitter flagged and even deleted a number of the US president's tweets before ultimately banning him from the platform permanently.

"After close review of recent Tweets from the @realDonaldTrump account and the context around them we have permanently suspended the account due to the risk of further incitement of violence," Twitter Safety announced on January 8.

Many have spoken out against the social media platform's banning decisions. The Trump ban has also raised questions about the precedent that is being set for the online censorship or silencing of world leaders.

“I don’t like anybody being censored or taking away from the right to post a message on Twitter or Face[book]. I don’t agree with that, I don’t accept that,” said Mexican President Andrés Manuel López Obrador on Thursday, according to the Associated Press.

“How can you censor someone: ‘Let’s see, I, as the judge of the Holy Inquisition, will punish you because I think what you’re saying is harmful,’” López Obrador continued. “Where is the law, where is the regulation, what are the norms? This is an issue of government; this is not an issue for private companies.”

However, legal experts, such as Virginia Commonwealth University constitutional law expert Dr. John Aughenbaugh, have contested the idea that Twitter is overstepping its boundaries rather than simply enforcing the guidelines users agreed to.

“In joining or using the platform, you agree to certain conditions. And if you don’t, the platform can ban you,” he highlighted.

Nevertheless, Twitter's decision to permanently ban Trump's account has been followed by a loss of some $5 billion in market value for the company.