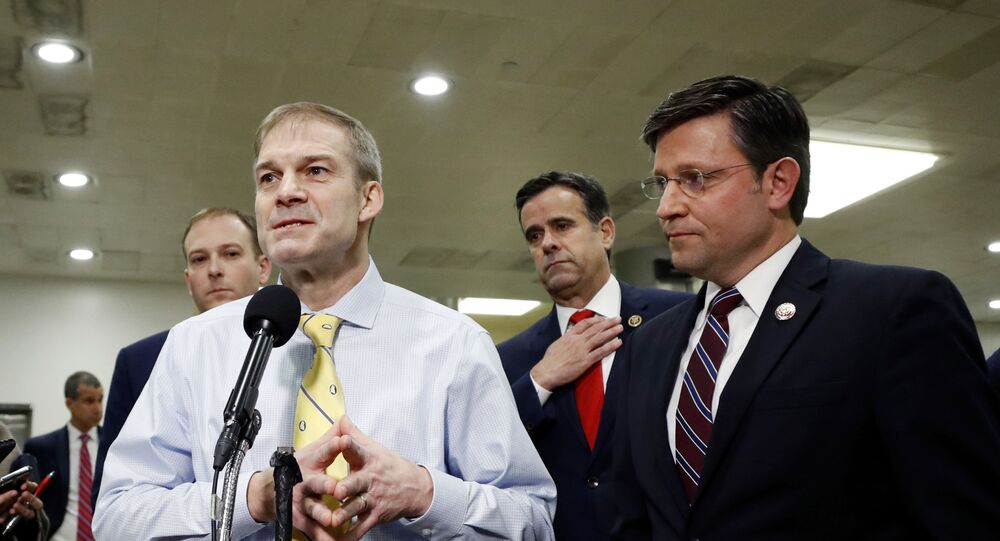 The US House of Representatives moved on Monday to impeach US President Donald Trump for “incitement of insurrection” after a crowd of his angry supporters stormed the US Capitol last week after a "Stop the Steal" rally at the White House.

A longtime Trump loyalist, the White House news release announcing Jordan would receive the medal described him as “one of the most consequential members of Congress of his generation.” The statement comes just days after an insurrection that grew out of protests heavily promoted by Trump and close supporters such as Jordan, who voted against certifying the US Electoral College’s votes for president. Trump’s rival, US President-elect Joe Biden, was the victor in those elections, and US federal courts have repeatedly rejected attempts by the Trump campaign to have the results thrown out or to open probes of their processes.

The release doesn’t mention the events of January 6, in which thousands of Trump supporters stormed the US Capitol building intent on stopping Congress from certifying the results and in which five people died. Jordan helped build support for the protest beforehand hosted by Trump outside the White House, calling it the “date of ultimate significance” and claiming the November 3, 2020, election had been stolen by Democrats colluding with sympathetic companies like Dominion Voting Systems, whose machines were used to tally the votes in several states.

However, it counts several partisan scandals among Jordan’s many accomplishments as a lawmaker, including exposing the botched Obama-era “Fast & Furious” operation by the Bureau of Alcohol, Tobacco, Firearms and Explosives; opposing the Department of Justice’s “Operation Chokepoint” anti-fraud investigation, which the statement calls “an early form of cancel culture and ‘de-platforming’ directed at law-abiding gun owners”; his exposure of the Internal Revenue Service targeting conservative organizations for tax audits; his opposition to the Russiagate scandal; and his defending of Trump during the Ukraine probe that led to Trump’s December 2019 impeachment.

“I feel like this is something that I certainly don’t deserve, but I so appreciate this president,” Jordan told Fox News earlier this month after news broke of Trump’s plans to give him the award, along with other Trump loyalists such as Rep. Devin Nunes (R-CA). “I appreciate his leadership and so many Americans do, and, you know, our family is honored by this.”

Jordan was one of 147 Republicans lawmakers who continued to oppose the Electoral College results after Congress reconvened late Wednesday, following the expulsion of Trump’s supporters from the Capitol. The sudden storming of the building sent lawmakers scrambling for safety, and subsequent investigation has suggested certain people among the insurrectionists intended to take lawmakers hostage if they found them, bringing along items such as restraining zip ties.

However, like Trump, Jordan later condemned the failed insurrection and expressed support for Capitol Police.

Some other Republican lawmakers decided to reverse their earlier opposition to the certification, such as Sen. Kelly Loeffler (R-GA).

"When I arrived in Washington this morning, I fully intended to object to the certification of the electoral votes,” Loeffler said. “However, the events that have transpired today have forced me to reconsider, and I cannot now, in good conscience, object.”