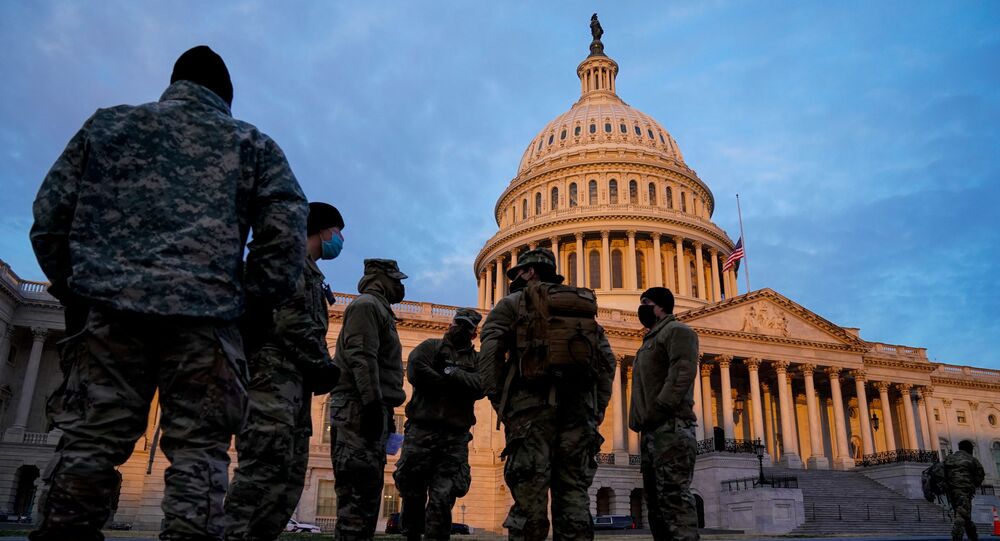 The US 25th Amendment — a 'Silver Bullet' Against Trump or a Red Herring?

The crucial Section 4 of the 25th Amendment allows a sitting US president to be replaced by the vice-president if they and a majority of cabinet members declare the leader unfit to perform their duties. But if the president objects, a two-thirds majority in both houses of Congress is needed to remove him.

US Vice-President Mike Pence is under pressure to invoke the 25th Amendment to remove President Donald Trump — but would he be able to do so?

Democrats have urged Pence to take the unprecedented step, claiming Trump incited last week's occupation of the Capitol building in Washington DC, the seat of Congress, by protesters trying to disrupt the confirmation of Democratic candidate Joe Biden as president-elect.

House leader Nancy Pelosi and others have even gone as far as to claim Trump must be removed in case he decides to use the nuclear launch codes to trigger a global Armageddon.

What Does it Say?

Section 3 of the amendment states that the president can temporarily transfer leadership to the VP by declaring themselves unable to perform their duties in a letter to Congress. However, Trump shows no sign of ceding power voluntarily in his last days in office.

Section 4 allows the president to be removed if both the VP and a majority of cabinet members deem him unfit to carry out his duties. But the President can simply reverse such a takeover by writing their own letter to Congress declaring himself fit. In the absence of a medical or psychological report declaring him incapacitated, Trump has the grounds to do so.

The VP and supporting cabinet members would then have four days to appeal to to Congress, which then has 21 days to vote on the matter.

But for the VP to be installed in the Oval Office against the president's wishes, both the Senate and House of Representatives must vote by a two-thirds majority to remove the president from office, needing significant support from Republicans in both chambers. While Republican Senate leader Mitch McConnell has supported impeaching Trump, his House counterpart Kevin McCarthy opposes the move.

And with Congress now in recess until January 19, the day before Biden's inauguration and the end of Trump's term at noon, McConnell has admitted there is not enough time to fire that parting shot before he leaves office.

Trump's cabinet has already lost members since last week's events. Transport secretary Elaine Chao and Education secretary Betsy DeVos resigned from the cabinet on Friday over the storming of the Capitol, and lower-ranking officials are acting in their places.

The 25th amendment was adopted in 1967. Its first section, specifying the the vice-president succeeds the sitting President if they die, was already de-facto in effect. Its second section, empowering the president to appoint a new VP if the elected office-bearer dies or resigns, was used by Richard Nixon to replace Spiro Agnew with Gerald Ford and by Ford to appoint Nelson Rockefeller as his VP when took over from Nixon following the disgraced president's resignation.

© AP Photo / Evan Vucci
Trump Has Not Contacted Pence Since US Capitol Siege, Report Says
Section 3 was invoked by Ronald Reagan on July 13 1985 when he underwent surgery to remove a tumour from his colon, leaving his VP George H W Bush as acting president from 11:28 am to 7:22 pm, when Reagan sent a second letter saying he was fit to resume his duties. Bush's son, President George W Bush, also passed power to his VP Dick Cheney for periods of around 2 hours in 2002 and 2007 while he underwent colonoscopies. And Reagan's predecessor Jimmy Carter mulled invoking the same section when he had haemorrhoid surgery, but ultimately did not.

But in the absence of reports that Trump is pondering surgery on his nether regions, such scenario looks unlikely. And No vice-president has ever invoked Section 4 of the amendment.