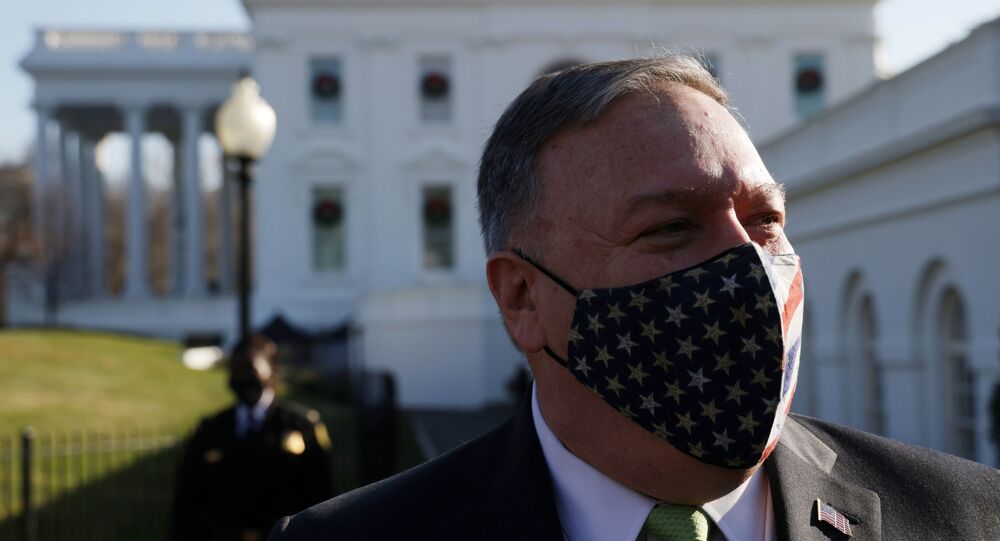 Pompeo stated that Obama "risked American lives by restricting our military", accusing Russia of non-compliance with the treaty.

​The US government withdrew from the INF Treaty six months prior to its official end in August 2019, accusing Russia of violating its terms. The first time Washington accused Russia of non-compliance was in July 2014.

There were two parties to the INF Treaty. President Obama risked American lives by restricting our military while Russia cheated and built up its systems. When only one party to a two-party treaty is complying, that’s called stupid. pic.twitter.com/Gb6jaaz3Xe

Pompeo continued his criticism of the previous president, saying that Obama disarmed America by honouring the treaty, and only the Trump administration said "enough" to the "dishonest" terms of the deal, as he posted a video of President Trump addressing Congress, declaring Washington's official withdrawal from the treaty.

Our previous President unilaterally disarmed under the INF Treaty. We said “enough” and left the one-sided deal that made America defenseless. #AmericaFirst pic.twitter.com/bB5t0fckRx

According to the US administration, the development of the 9M729 missile by Russia was a violation of the treaty.

Moscow has denied all the allegations and made a number of counterclaims regarding the American side of the treaty, namely the elements of the US missile defence system in Europe, while Russia was also ready to demonstrate the rocket in question and discuss any issues with the Americans, but the US warned that it would withdraw from the treaty unless Russia destroyed the rocket, to which Moscow has not complied.

John Bolton, who at that time was Trump's National Security Adviser, later admitted that Washington made this step due to the treaty not including China.

The treaty between the USSR and the US on the elimination of their intermediate-range (620–3,420 miles) and shorter-range (310–620 miles) ground-launched missiles was signed on 8 December 1987, in Washington by the General Secretary of the Soviet Communist Party Mikhail Gorbachev and US President Ronald Reagan. The treaty was of an indefinite term until it was officially terminated on 2 August 2019, as a result of the US unilateral withdrawal from it.

The only remaining agreement limiting the two countries' arsenals is the New START, which is due to expire in February. Moscow has expressed concerns about the lack of progress in discussions on its extension. After months of negotiations, Russia and the US finally reached a preliminary agreement, stipulating a one-year extension of the treaty to make way for further extension talks.

Pompeo Says Lifting US 'Self-Imposed Restrictions' on Relations With Taiwan