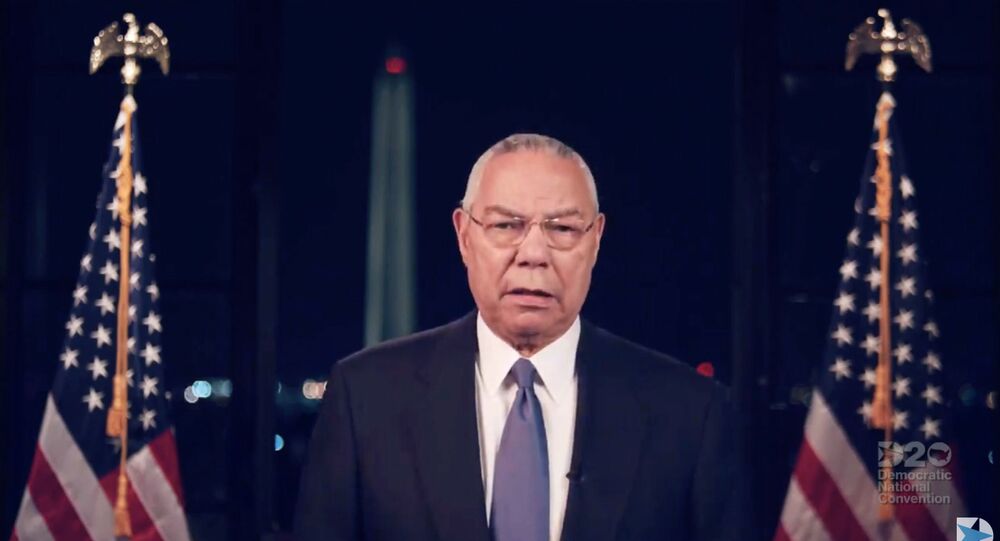 Ex-Sec. of State Colin Powell Says 'Can No Longer Call Myself Fellow Republican' Over Capitol Siege

Since Wednesday's storming of the US Capitol, President Donald Trump has been accused of inciting violence among his supporters, as lawmakers claimed his Wednesday speech prompted them to breach the building in order to prevent Congress from counting the Electoral College votes.

Referring to the violent events at the US Capitol, Colin Powell, the former secretary of state under George W. Bush, stated that he no longer sees himself as a Republican, as his fellow party members "encouraged this violence".

Powell was speaking in an interview with CNN's Fareed Zakaria, and was asked whether he thinks his "fellow Republicans" who previously avoided criticising Trump over his actions helped the violence to grow further.

"They did, and that's why I can no longer call myself a Republican", he said. "I'm not a fellow of anything right now. I'm just a citizen who has voted Republican, voted Democrat throughout my entire career, and right now I'm just watching my country and not concerned with parties".

Commenting on the pro-Trump rally that gathered prior to the march to the Capitol and the subsequent storming of the complex, Powell remarked that it was unclear for him how the president was able to get so many people together, and that "they should have known better".

"I do not know now he was able to attract all of these people. They should have known better, but they were so taken by their political standing and how none of them wanted to put themselves at political risk. They would not stand up and tell the truth, or stand up and criticise him, or criticise others", he continued.

Colin Powell: “I can no longer call myself a fellow Republican." pic.twitter.com/6xGnzeUg4Y

Last week, the former secretary of state, who also served as national security adviser to President Ronald Reagan, said he wanted Trump to resign from office as more and more politicians call for his impeachment.

"I wish he would just do what Nixon did and that's step down", Powell said on NBC's "Today". "Somebody ought to go up there and tell him 'it's over. The plane’s waiting for you, you're out'. That way, he would not only step down, he would in addition sort of cut the guts out from underneath this group of people he has working for him".

© Photo : Arnold Schwarzenegger/ Twitter
'He Will Go Down in History as Worst President Ever': Schwarzenegger With a Sword Takes Aim at Trump
On 6 January, pro-Trump protesters breached the US Capitol building amid protests in Washington, D.C., in an attempt to disrupt the certification of the Electoral College vote for the presidential election held on 3 November, meaning an official declaration of Joe Biden as the next US president.

The rioters caused extensive damage to the building, ransacking offices, smashing windows, and more. As a result of that mayhem, five people were killed, among them an ex-Air Force veteran and a police officer.

Despite all this, Congress convened and certified the election results later that night.