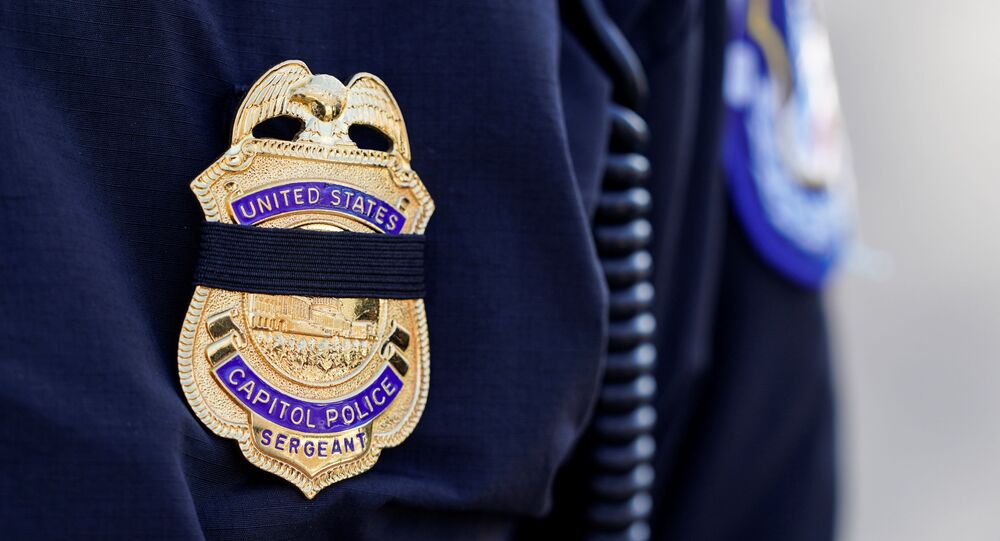 WASHINGTON (Sputnik) - US President Donald Trump has ordered to lower US flags at all public buildings in honor of the US Capitol police officers, who died after the storming of the Capitol building.

The officers in question are officers Brian Sicknick, who died on Thursday from injuries suffered during the riot, and Howard Liebengood, whose death was reported earlier. The Capitol lowered its flags earlier, prompting criticism of Trump for not following suit.

"I hereby order that the flag of the United States shall be flown at half-staff at the White House and upon all public buildings and grounds, at all military posts and naval stations, and on all naval vessels of the Federal Government in the District of Columbia and throughout the United States and its Territories and possessions until sunset, January 13, 2021," Trump said in a statement.

He added that the same goes for the US facilities abroad as well.

Thousands of Trump supporters violently stormed the US Capitol on Wednesday in a bid to prevent Congress from certifying the presidential election results. The protesters attacked police with metal pipes and chemical irritants, damaged property, seized the inauguration stage and occupied the rotunda inside the Capitol building.

The attack came after Trump urged his supporters to keep fighting to overturn the election results.