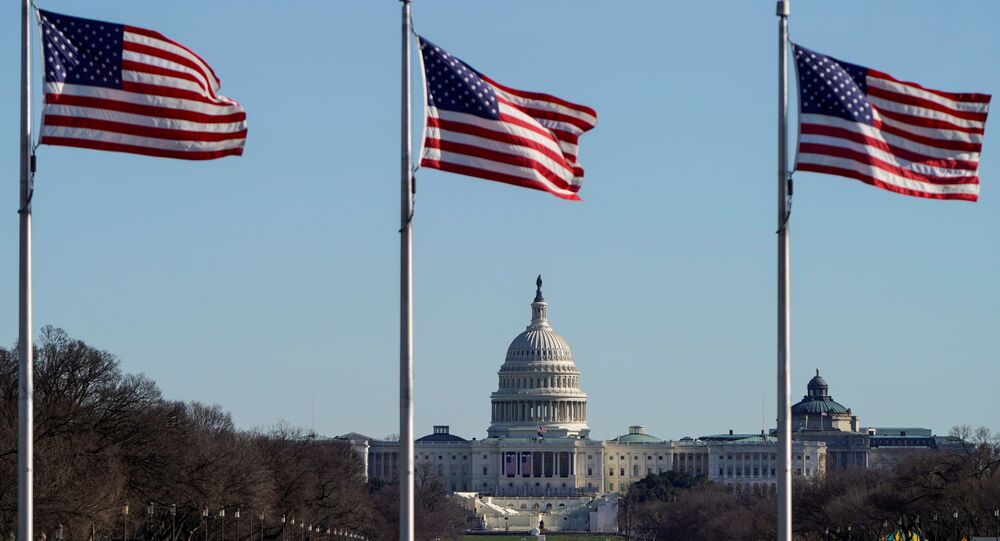 Authorities are preparing for possible riots in DC in the wake of the recent grim events, when thousands of protesters stormed the US Capitol building to stop the congressional certification of Democrat Joe Biden's victory.

The Department of Defense is aware that violence could break out again in Washington, DC, ahead of Inauguration Day, Army Secretary Ryan McCarthy reportedly told Rep Jason Crow on Sunday.

According to the readout of their conversation, “Secretary McCarthy indicated that DOD is aware of further possible threats posed by would-be terrorists in the days up to and including Inauguration Day and is working with local and federal law enforcement to coordinate security preparations.”

New: @RepJasonCrow’s office has released a readout of his conversation with Army Secretary Ryan McCarthy, which includes this—“Secretary McCarthy indicated that DOD is aware of further possible threats posed by would-be terrorists in the days up to and including Inauguration Day” pic.twitter.com/b58yi7Mgqi

According to McCarthy, quoted by Crow, at least 25 domestic terrorism cases have been opened in connection with the assault on US Capitol.

On Wednesday, thousands of Trump supporters attacked police with metal pipes and chemical irritants, damaged property, seized the inauguration stage and occupied the rotunda inside the Capitol building.

The attack came after Trump urged his supporters to keep fighting to overturn the election results, which prompted lawmakers to accuse Trump of provoking violence and demand he be ousted, either through the 25th Amendment or through initiating a process of impeachment. The bid to oust Trump has been eagerly voiced by both Senate Minority Leader Chuck Schumer and House Speaker Nancy Pelosi.

“There is a possibility that after all of this, there’s no punishment, no consequence, and he could run again for president,” Pelosi said in an interview to be broadcast Sunday. “And that’s one of the motivations people have for advocating for impeachment.”

The President’s dangerous acts necessitate his immediate removal from office. We look forward to hearing from the Vice President as soon as possible and to receiving a positive answer as to whether he and the Cabinet will honor their oath to the Constitution and to Americans.

Invoking the 25th amendment would see installing Vice President Mike Pence instead of Trump before Biden officially takes office on January 20. According to CNN, Pence's team is not ruling out the possibility of using the article to remove Trump if his behavior becomes “unstable”, but they still are placing their hopes on a peaceful transition of power.

At the same time, House Democrats have already drafted the new articles of impeachment, which seek to remove Trump on the charges of “abuse of power" and "incitement of insurrection”.

Latest draft of the articles of impeachment that will be formally introduced on Monday includes one article: “incitement of insurrection.” Reps. Cicilline, Lieu and Raskin are taking the lead pic.twitter.com/DUaVALWgzM

Five people died as a result of the violent entry into the Capitol complex. Trump has been subsequently blocked on major social media platforms, while Democratic lawmakers have begun a motion to remove him from office.