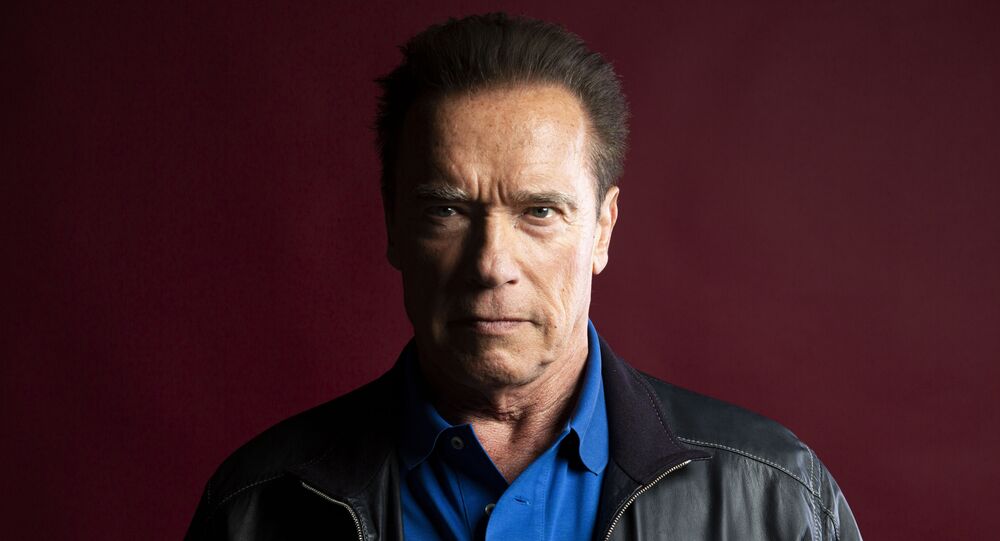 The Terminator franchise’s iconic actor and former Republican governor of California remains highly optimistic about the US overcoming the difficulties that have purportedly emerged due to Trump's presidency. He suggested that, like his iconic character in the action movies, the US always says "I'll be back!"

Former California governor and actor Arnold Schwarzenegger has called the 6 January protests and the storming of the US Congress building the "grand finale" of four years of "craziness" under President Donald Trump in an interview with Germany's Bild newspaper. The actor noted that now people are telling him "Hasta la vista, Donald!", but also added a message from himself:

The actor went on to note that he could not recognise America during the last week after seeing what happened in Washington. However, he suggested that American society will not remain divided forever and that it will eventually heal once Trump is out of the picture.

"This wonderful country will also survive this phase. We can do that well in America, get up again, rebuild. […] In a short time my country will hum my mantra: 'I will be back!'" Schwarzenegger added, repeating the catchphrase of his iconic character from the Terminator franchise, the T-800 cyborg.

Trump has faced a storm of criticism over the events of 6 January, with Democrats and some Republicans claiming that he triggered an "insurrection" attempt against the US Congress in a bid to prevent the certification of the election results, which POTUS has repeatedly called rigged. Trump did invite his supporters to attend the 6 January demonstration against the certification, but never directly called on protesters to storm the Congress. He condemned the act in his public address and urged protesters to stay peaceful.

Despite his efforts, the Democrats are currently looking for ways to remove him from office before the 20 January inauguration of his successor Joe Biden, either via impeachment or by convincing Vice President Mike Pence to invoke the 25th Amendment allowing him to remove Trump from power by declaring him unfit jointly with other members of the Cabinet.