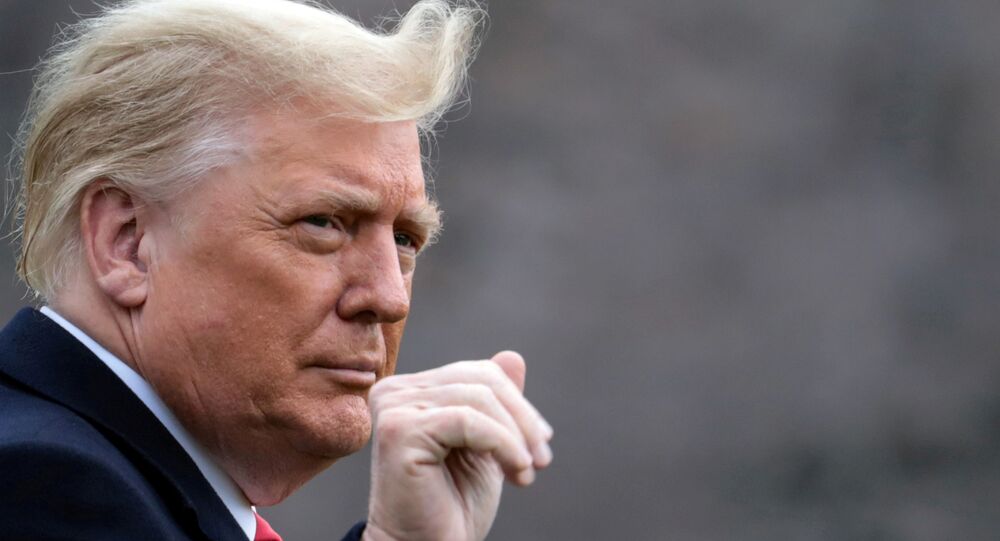 On Saturday, the Pennsylvania senator asserted in a sitdown with Fox News that an impeachment of Donald Trump days before the official transfer of power would not be a good idea.

US Senator Pat Toomey said Sunday that President Donald Trump, his fellow Republican, should resign after POTUS's supporters stormed the US Capitol in a deadly rampage on 6 January.

"I think the best way for our country is for the president to resign and go away as soon as possible," he said in an interview with NBC's "Meet the Press" progra, acknowledging though that that "may not be likely". "But I think that would be best," Toomey went on.

Separately, the senator pointed out in comments to CNN that Trump could even face criminal liability following the attack on the building housing the US legislative branch of power, as thousands of Trump's supporters moved to storm its grounds in the wake of the incumbent president's newly repeated claims about the illegality of the election outcomes.

(AP) _ A second Republican senator has called for President Donald Trump to step down in the wake of the Capitol rioting this past week. Sen. Pat Toomey of Pennsylvania is calling on Trump to resign for what Toomey says would be the good of the country. https://t.co/JkW2vzdF3k

Earlier, Toomey of Pennsylvania said Saturday in an interview with Fox News that he thinks President Donald Trump had "committed impeachable offenses", adding that he is not sure if attempting to remove the president from office with just a few days left of his term is the right thing to do.

Toomey said he believes Trump's "behaviour this week does disqualify him from serving. But we've got 10 days left, 11 days left".

"I don't know whether logistically it's actually really even possible or practical and I'm not sure it's desirable to attempt to force him out, what a day or two or three prior to the day on which he's going to be finished anyway", Toomey said, stopping short of specifying whether he would personally vote to impeach Trump should there be a Senate trial.

House Speaker Nancy Pelosi said Friday that Democrats are set to go ahead in the coming days with impeaching the president over his role in Wednesday's attack on the US Capitol if he doesn't quit himself. Pelosi says Trump should be held accountable but she hasn’t committed to an impeachment vote yet. House Democrats are understood to be planning to introduce their final impeachment resolution on Monday.

Republicans also increasingly want Trump to leave office before 20 January, the day President-elect Joe Biden will be inaugurated as the next president.

Republican Sen. Lisa Murkowski of Alaska became the first Republican senator to call on Trump to resign on Friday, telling the Anchorage Daily News, "I want him out. He has caused enough damage".

Rep. Adam Kinzinger of Illinois, also a GOP lawmaker, for his part endorsed invoking the 25th Amendment, which would force Trump's removal from office before he transfers power.