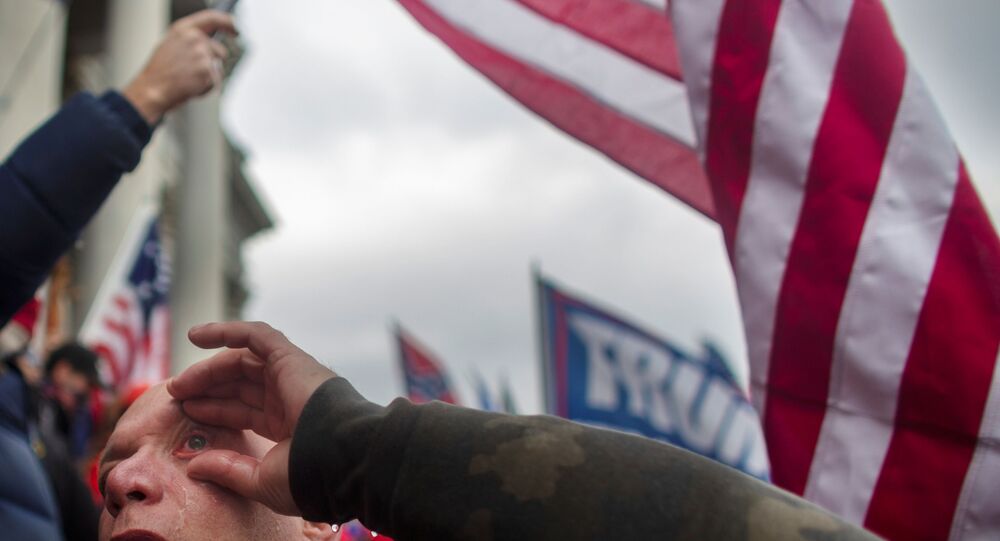 Trump supporters held a march on Saturday in San Diego's waterfront area, according to the broadcaster. The event was followed by the arrival of rival activists, including anti-fascist ones, resulting in clashes between the two sides.

The San Diego police declared the demonstration illegal over acts of violence and took the necessary measures to move the opposing sides away from each other.

"All the groups have left the area. We will always facilitate peaceful protests. However, we will not tolerate acts of violence", the San Diego Police Department wrote on Twitter following the developments.

On 6 January, thousands of Trump supporters violently stormed the US Capitol in a bid to prevent Congress from certifying President-elect Joe Biden's victory. The protesters attacked police with metal pipes and chemical irritants, damaged property, and occupied the rotunda inside the Capitol building. The attack came after a Trump rally in Washington that fired up supporters in defence of his bid to overturn the election results.

Five people died as a result of the violent entry into the Capitol complex. Major social media platforms subsequently blocked Trump. Democratic lawmakers have since begun a motion to remove him from office.