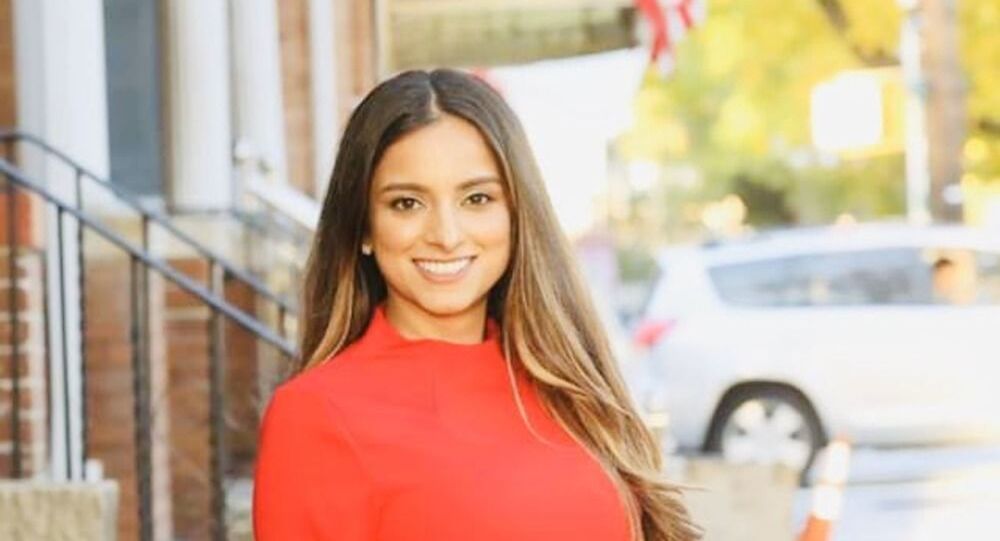 The recently elected Big Apple assemblywoman – Jenifer Rajkumar – didn't seem the least bit surprised about the salacious visuals hitting the screens as she was to hold talks with the NYPD, in what is now known as "Zoom-bombing". This is when a virtual meeting is interrupted by any kind of obscene content, like pornography or hate speech.

An array of pornographic images popped up on screens while a state assemblywoman spoke during a recent Zoom meeting with the New York Police Department's 102nd Precinct Community Council, the New York Post reported.

"What the hell is this?", said a visibly shocked Simcha Waisman, the council's president, as Jenifer Rajkumar, the first woman of South Asian descent to be elected to the state Assembly, appeared online, along with as many as eight X-rated snapshots.

"Greetings to all. Happy to be here", she said. "I'm sorry for the hack that we seem to have right now. But stay focused on the matter at hand".

The already red-faced Zoom host, Capt. Antonio Fidacaro, the 102nd commander, meanwhile quickly weighed in saying they apologise and stressing their team were "working on it".

A Quote from NY State Assembly Woman and RepWomen Board Member @JeniferRajkumar from our Post-Election Webinar!

Watch the entire discussion by clicking on the link belowhttps://t.co/IXr8os97O7 pic.twitter.com/j84WqNuWxr

"Not a problem", Rajkumar went on as if nothing had happened, while the graphic photos of romping naked people shown during sexual intercourse stayed on the screen.

"I just want to say to everyone, thank you. I'm so happy to be your assemblywoman and looking forward to doing great work with you this year".

"Sorry again for all this, um, whatever is going on, the hacker".

"I couldn't ask for a better set of leaders", Rajkumar replied, with a smile on her face. "Let's make it a great year".

At that, Capt. Fidacaro moved to end the meeting, purportedly quite ahead of the timetable.

According to sources cited by the NY Post, about 20 people were logged onto the ill-fated Zoom meeting, including around a dozen locals.

The NYPD could neither identify the Zoom hacker nor a motive behind what was deemed as a cyber attack. According to sources, it was ostensibly aimed at attorney Rajkumar, a Democratic candidate who beat incumbent assemblyman Michael Miller in last July's primaries. She was elected for a full term on 3 November, last year's uniform election date.

Due to the outbreak of the novel coronavirus epidemic, police, as well as other government and corporate structures, have switched over to online conferences and Zoom meetings.

In light of this, the city's Cyber Command, which deals with online threats, released updated guidelines in April on how to employ specific "security controls for videoconferencing platforms", as follows from City Hall spokeswoman Laura Feyer's comments to the NY Post.

"We recommend agencies utilise videoconferencing platforms with security protocols in place whether that is with Microsoft Teams, Webex, or Zoom", Feyer said.

She would not explain, however, if the 102nd's Zoom system lacked the protocols.

NYPD spokeswoman Sgt. Jessica McRorie, for her part, promised to utilise additional protocols to enhance cyber security in the wake of "this unfortunate incident".