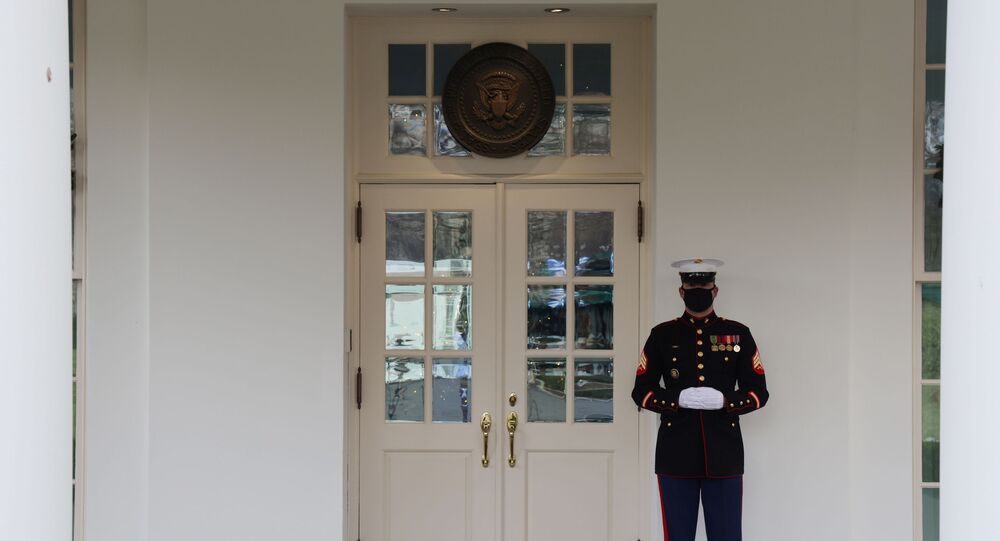 On Thursday, after spending months contesting the results of the November election, Trump confirmed that “a new administration will be inaugurated on January 20,” and said his focus will be to ensure “a smooth, orderly and seamless transition.” Democrats in the House and Senate want him gone before then, and have drafted articles of impeachment.

Donald Trump has "expressed regret" in private over Thursday’s concession video, and said he will not resign, the New York Times has reported.

The newspaper did not provide any sources, and did not clarify the "resignation" comment, and whether it meant Trump would not be pressured into resigning by Democrats calling for the invoking of the 25th Amendment of the Constitution and threatening to impeach him before he leaves his post on 20 January, or if the president has supposedly changed his mind about vacating the White House altogether.

Shortly before being permanently banned on Twitter on Friday, Trump announced that he would not be attending Joe Biden’s inauguration.

Democratic lawmakers led by House Speaker Nancy Pelosi and Senate Minority Leader Chuck Schumer have demanded Trump’s “immediate” resignation, accusing him of inciting Wednesday’s attack on the Capitol by angry supporters and threatening him with "incitement to insurrection" impeachment charges.

Tweets from Trump’s now deleted account showed that he called on protesters to “go home with love and in peace” on Wednesday and demanded that they “stay peaceful!”

Republican lawmakers have warned the Democrats not to move forward with impeachment proceedings, saying the move threatens to “divide our country more” in the wake of a bitter election and Wednesday's violence at the Capitol. A December NPR/PBS NewsHour poll found that just 24 percent of Republicans accepted the results of November’s election, with 28 percent of independents similarly expressing distrust in the official numbers.

In America’s 244 year history, none of the three presidents successfully impeached by the House have been convicted by the Senate, with a conviction requiring two-thirds support by the legislative body.