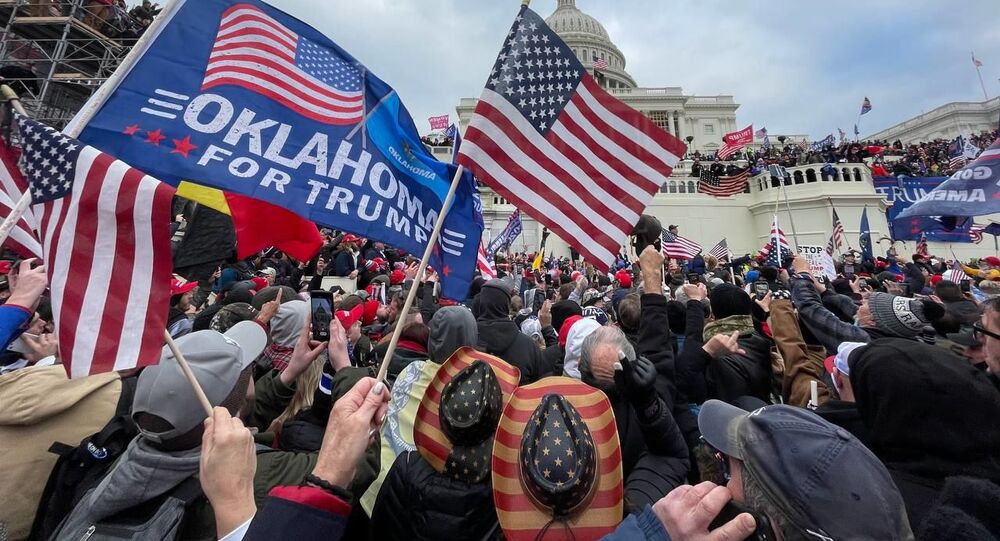 The former protester was reportedly spotted leaving his home on 8 January, dressed in a “bright orange winter coat and baseball cap” instead of a fur costume he was clad in during the siege of the Capitol.

One of the costumed protesters who participated in the storming of the US Capitol building this week has been identified and apparently remained a free man as of Friday afternoon, even as participants of the event were arrested, the New York Post reports.

According to the newspaper, the man, who was seen wearing a "wacky fur costume" during the aforementioned events, turned out to be one Aaron Mostofsky, son of "a well-known figure in the Orthodox Jewish community", Brooklyn Supreme Court judge Shlomo Mostofsky.

His name is Aaron Mostofsky. His dad is Brooklyn Supreme Court Judge. pic.twitter.com/fo4eC7mGqp

​On Friday, Aaron was reportedly spotted for the first time since his appearance at the Capitol, leaving his home wearing a bright orange winter coat and baseball cap, and carrying "a suit on a hanger and a plastic bag".

"We were cheated. I don’t think 75 million people voted for Trump — I think it was close to 85 million. I think certain states that have been red for a long time turned blue and were stolen, like New York," Aaron declared on 6 January when the crowd he was part of rushed into the Capitol, as quoted by the newspaper.

A spokesman for Shlomo Mostofsky, however, said that "Justice Mostofsky has no knowledge of these unfortunate events."