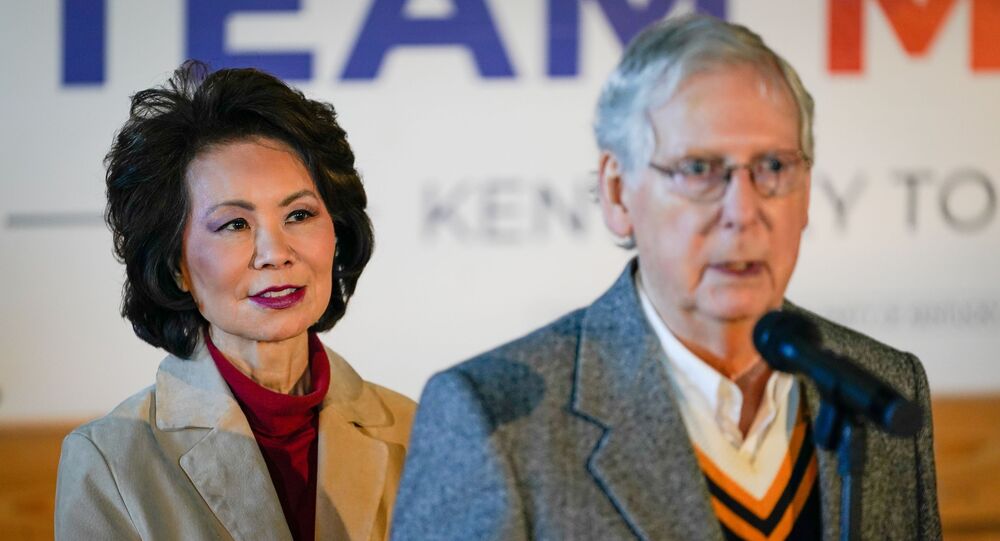 The incumbent US President Donald Trump came under fire after the Wednesday mayhem in the US Capitol in Washington, DC, as he was accused of provoking the violence at the US Capitol. Trump's actions have alienated many senior members of his administration and political allies, as resignations followed.

US Senate Majority Leader Mitch McConnell said he plans to never speak to President Trump again after the latter found himself in the middle of a whirlwind scandal, The Washington Post reported Friday.

Citing undisclosed sources, the outlet reports that McConnell, the higher chamber's top Republican who will become its minority leader once newly elected Democratic Senators Raphael Warnock and Jon Ossoff enter the Capitol, had been "estranged" from Trump in recent weeks, and shared his feelings towards Trump with fellow senators.

Especially, he reportedly distanced himself from the President after his wife, Trump's Transportation Secretary Elaine Chao resigned the next day after the riot in the Capitol took place. Chao called the events "entirely avoidable" and held the president responsible for the traumatic turn they took.

"As I'm sure is the case with many of you, it has deeply troubled me in a way that I simply cannot set aside," she said.

According to the report, McConnell was about to break with Trump even before the riot in Washington, DC, since he asked fellow Republican senators not to join the party's efforts in the House to object to the Electoral College vote counts in swing states.

On Wednesday morning, McConnell went on the Senate floor and said just that.

"We're debating a step that has never been taken in American history, whether Congress should overrule the voters and overturn a presidential election," he said on the Senate floor, after objections were raised to Arizona's Electoral College vote count.

The GOP's leader in the Senate also noted that the electoral race between now President-elect Joe Biden and Trump "was not unusually close".

"The Electoral College margin was almost identical to what it was in 2016," he pointed out, warning, "If this election were overturned by mere allegations from the losing side our democracy would enter a death spiral. We'd never see the whole nation accept an election again."

Chao was the first member of the president's cabinet, and one of the longest-serving, to resign from her post. She was quickly followed by Education Secretary Betsy DeVos, who also condemned the events that took place on Wednesday.