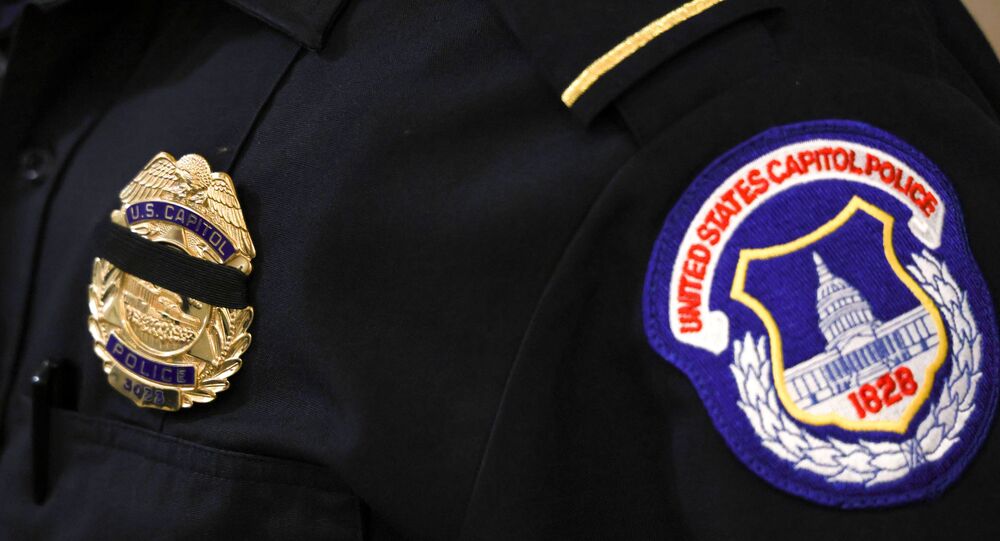 Wednesday riots that saw the US Capitol overrun by unruly supporters of US President Donald Trump resulted in mass injuries to law enforcement officials - some severe enough to have prompted hospitalizations - and in the deaths of at least five people, including Capitol Police Officer Brian Sicknick.

Prosecutors in the US attorney’s office in Washington, DC, have reportedly taken steps to open a federal murder investigation into the death of Sicknick, who died late Thursday after suffering fatal injuries during a clash with pro-Trump rioters who overtook the US Capitol earlier this week.

Citing three law enforcement sources, ABC News reported that the investigation will be aided by officials from the US Capitol Police. Reports previously emerged that Sicknick’s death would be investigated by the homicide branch of the DC Metropolitan Police Department (MPD), the Capitol Police and federal investigators.

A statement from acting US Attorney General Jeffrey Rosen revealed on Friday that a joint investigation would be initiated by the FBI and the MPD. “The Department of Justice will spare no resources in investigating and holding accountable those responsible,” reads the release.

Sicknick, a 42-year-old veteran who served in Operation Desert Shield and Operation Enduring Freedom, died at approximately 9:30 p.m. local time on Thursday after succumbing to injuries he sustained “while physically engaging with protesters” at the US Capitol, according to a release issued by the Capitol Police.

The notice adds that Sicknick was transported to a local area hospital after he had “returned to his division office and collapsed.” Although it’s unclear what specific injuries Sicknick sustained, the New York Times reported the officer was struck with a fire extinguisher during the Capitol siege.

According to the Times, Sicknick was only the fourth member of the Capitol Police to die in the line of duty since the force was founded on May 2, 1828, at the direction of then-US President John Quincy Adams.

Overall, Sicknick’s death is at least the fifth linked to the Capitol riots, which saw hundreds of Trump supporters break past police barricades on Wednesday and ransack the federal building as congressional lawmakers were in the middle of certifying the results of the Electoral College. Attempts to block the certification ultimately failed, as lawmakers later confirmed US President-elect Joe Biden as the winner of the 2020 election.

Aside from Sicknick, the four others who died included Ashli Babbitt, who was fatally shot in the neck while trying to jump through a shattered window near the House chamber, and Benjamin Phillips, Kevin Greeson and Rosanne Boyland - all three of whom died due to medical emergencies.

A Thursday statement from the Capitol Police notes that over 50 Capitol Police and MPD officers sustained injuries during the riots, with “several” Capitol Police officials “hospitalized with serious injuries.” It also indicated that law enforcement officials were attacked with metal pipes, chemical irritants and a variety of “other weapons.”

Following the announcement of Sicknick’s death, US House Speaker Nancy Pelosi (D-CA) ordered flags at the Capitol to be flown at half-staff to honor his 12-year service with the force.

“On behalf of the House of Representatives, I send our deepest condolences to the family and loved ones of Officer Brian Sicknick, who died after defending the Capitol complex and protecting those who serve and work here,” reads the statement released by Pelosi’s office. “The perpetrators of Officer Sicknick’s death must be brought to justice.”

“The violent and deadly act of insurrection targeting the Capitol, our temple of American Democracy, and its workers was a profound tragedy and stain on our nation’s history. But because of the heroism of our first responders and the determination of the Congress, we were not, and we will never be, diverted from our duty to the Constitution and the American people,” Pelosi added.

Dozens of lawmakers have filed statements lamenting Sicknick’s death, including Rep. Don Beyer (D-VA), who called for Sicknick to lie in state in the Capitol Rotunda.

“Anytime a member of law enforcement dies in the line of duty it is a solemn reminder to us all that they run toward danger to maintain peace,” he wrote.

Fallout regarding the riots have been swift, with Capitol Police Chief Steven Sund and both the US House of Representatives’ and US Senate’s sergeants-at-arms resigning from their posts in the wake of the massive security breach.

Capitol Police Union Chairman Gus Papathanasiou said in a statement obtained by ABC News that officers were “frustrated and demoralized by the lack of leadership.”

"We have several protesters dead, multiple officers injured and the symbol of our Democracy, the US Capitol, desecrated,” Papathanasiou added. “This never should have happened.”

The latest counts suggest that over 80 people have been arrested over their connection to the insurrection, the Los Angeles Times reported, noting that the majority of the arrestees were charged for breaking the 6 p.m. curfew imposed on Wednesday by DC Mayor Muriel Bowser.

FBI, Police to Probe Death of Officer From Injuries During Capitol Riots- US Justice Dept.