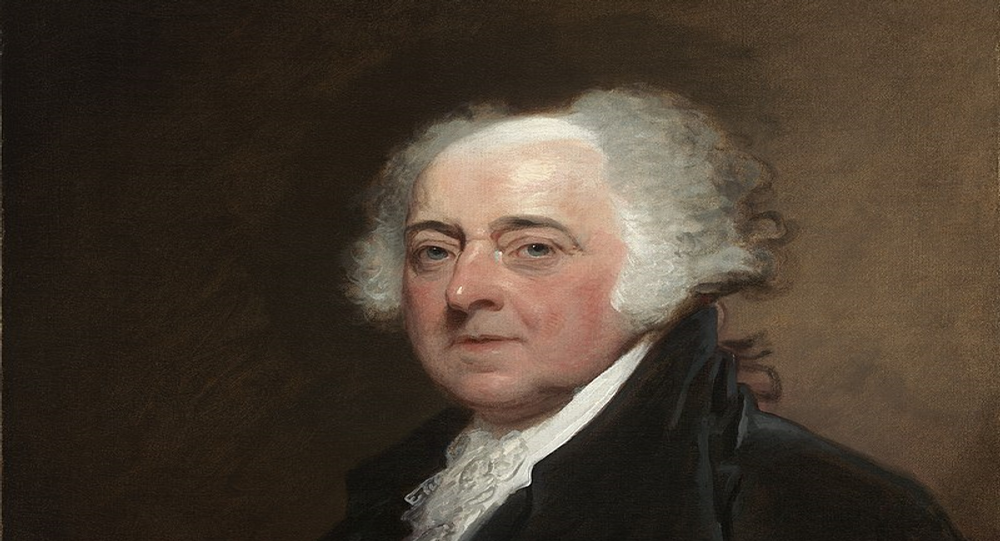 On Friday, President Trump announced that he would not attend Joe Biden’s 20 January inauguration, with Reuters reporting that he may leave Washington, DC a day early and head for his resort in Florida.

Donald Trump won’t be the first president in US history to choose not to attend his successor’s inauguration, but he will be the first one to do so voluntarily in over 150 years.

Arguably the most famous outgoing president not to attend his successor’s inauguration ceremony was John Adams, the second president of the United States who was one of the Founding Fathers of the fledgling republic as it gained freedom from the British Empire in the late 18th century.

Adams, a one term president who succeeded George Washington in 1797, had a bitter rivalry with Thomas Jefferson, a fellow Founding Father, throughout his time in office. The 1800 election was seen as a kind of referendum on two different visions of America, with the Federalists, represented by Adams, pitted against the Democratic-Republicans, represented by Jefferson, with the former based on classical conservative principles and a desire to create a strong central government with a powerful manufacturing base, and the latter based on classical liberalism, agrarianism and populism and seeking more autonomy for the states.

Jefferson won the 1800 election with 73 electoral votes to Adams’ 65, and 61.4 percent of the popular vote to Adams’ 38.6 percent. The 1800 election escalated the heated partisan rivalry between the two men first witnessed in the 1796 campaign, in which Adams trounced Jefferson, and saw perhaps the first instance of ‘fake news’ in a US election campaign, with Jefferson supporters publishing pamphlets accusing Adams of being a hermaphrodite, while Adams supporters countered by claiming a vote for Jefferson would open the door to lawlessness, prostitution, adultery and incest and eventually lead to civil war.

The grief of Adams’ humiliating defeat in the race was compounded by the death of his adult son Charles on 30 November, 1800. The outgoing president left Washington for Massachusetts in the early hours of 4 March, 1801, several hours before Jefferson’s inauguration, to join his grieving wife Abigail. Jefferson would go on to serve two terms.

The next president who refused to attend his successor’s formal appointment to office was John Quincy Adams, the sixth president of the United States, who served between 1825 and 1829, and who skipped Andrew Jackson’s inauguration following the hard-fought campaign of 1828.

During his single term in office, John Quincy Adams was best known for his moral opposition to slavery, his work to strengthen the federal government and create major national infrastructure projects and his efforts to solidify the Monroe Doctrine – the US foreign policy doctrine outlined by his predecessor James Monroe which classified the Western Hemisphere as America’s backyard. Adams penned the Monroe Doctrine while serving as Monroe’s secretary of state.

John Quincy Adams and Jackson both started out as members of the Democratic-Republican Party, but after the party’s dissolution in 1824, split off into competing parties, the Democrats, led by Jackson, and the National Republicans, aka the ‘Anti-Jacksonian Party’, led by John Quincy Adams.

Like the bitter campaign between Jefferson and Adams in 1800, the 1828 election featured a large dose of political attacks against both candidates, with Jackson’s marriage to a woman who was not yet formally divorced, his slave holdings and massacres of Native Americans after the War of 1812 brought up for criticism. John Quincy Adams, meanwhile, was portrayed by the Jacksonites as a “corrupt bargainer” and a haughty aristocrat guilty of graft. Jackson ended up trouncing Adams 178 electoral votes to 83, winning 56.4 percent of the popular vote to Adams’ 43.6 percent. The National Republicans’ defeat eventually saw the party dissolving and merging with the Whig Party in 1834.

The last president to willfully decide not to attend his successor’s inauguration before Trump was Andrew Johnson, another one term president, who served between 1865 and 1869, who succeeded Abraham Lincoln after his assassination, and became the first president to be impeached by the House of Representatives. He survived a conviction in the Senate by one vote.

Johnson, one of few Democrats who supported the Republicans, including Lincoln, did not run for a second term in 1868 after spending much of his time in office under assault from all sides for botching the handling of reconstruction from the American Civil War, and fighting members of his own cabinet and party in debates about how to reincorporate secessionist states into the union and on the voting rights of African Americans. Despite supporting the abolition of slavery alongside Lincoln, Johnson remained an adamant white supremacist, and attempted to veto the Civil Rights Act of 1866, which promised equal protection for all citizens, with his veto overturned by Congress. Johnson’s greatest accomplishment is arguably the Alaska Purchase from Russia in 1867. Johnson is regularly featured in lists of worst presidents in US history.