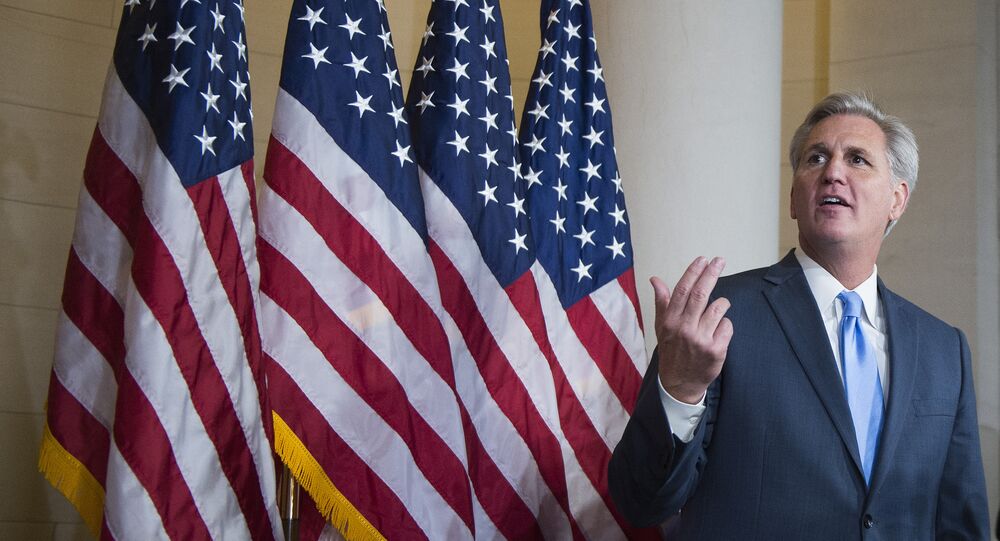 Democratic House Majority Leader Nancy Pelosi and her Senate Minority Leader colleague Chuck Schumer have threatened to begin impeachment proceedings against Donald Trump, accusing him of "sedition" and blasting the Trump supporters who stormed the Capitol on Wednesday as "rioters, insurrectionists" and "thugs."

Republican House Minority Leader Kevin McCarthy has said that his party will not support President Trump's impeachment, and has promised to speak to President-elect Joe Biden about how to "lower the temperature" of the political debate and "unite the country to solve America's challenges."

"Our country is not just divided. We are deeply hurt. The task ahead for the next Congress and incoming Biden Administration couldn't be more momentous. But to deliver a better America for all, partisans of all stripes first must unite as Americans and show our country that a peaceful transition of power has occurred. Impeaching the President with just 12 days left in his term will only divide our country more," McCarthy said in a statement posted to Twitter.

Impeaching the President with just 12 days left will only divide our country more. I've reached out to President-elect Biden today & plan to speak to him about how we must work together to lower the temperature & unite the country to solve America’s challenges.

Saying he expects to speak to Biden later in the day, McCarthy indicated that there are bigger problems facing America, including the coronavirus, the economic crisis, and increasing "threats from adversaries such as Russia, China and Iran."

"As leaders, we must call on our better angels and refocus our efforts on working directly for the American people. United we can deliver the peace, strength, and prosperity our country needs. Divided, we will fail," the politician added.

McCarthy's comments come after the top Democrats in both the House and Senate threatened to impeach Trump if Vice President Mike Pence and the cabinet do not invoke the 25th Amendment of the US Constitution to remove him from office.

Also on Friday, Reuters reported, citing a source, that House Democrats plan to formally introduce new articles of impeachment against Trump on Monday.

In the wake of Wednesday's assault on the Capitol by his supporters, Trump finally issued a formal concession to Biden on Thursday, saying that a "new administration would be inaugurated" on 20 January, and that he would help ensure a "smooth, orderly, and seamless transition of power."

Democrats in the House successfully impeached Trump in late 2019, but he was blocked from being convicted of abuse of power and obstruction of Congress charges by the Senate in February 2020. Democrats would need a two-thirds majority vote in the Senate to convict the president, but presently only have 48 seats, plus two Democratic-leaning independents, in the legislative chamber. In 231 years of US history, none of the three presidents impeached have been convicted by the Senate.