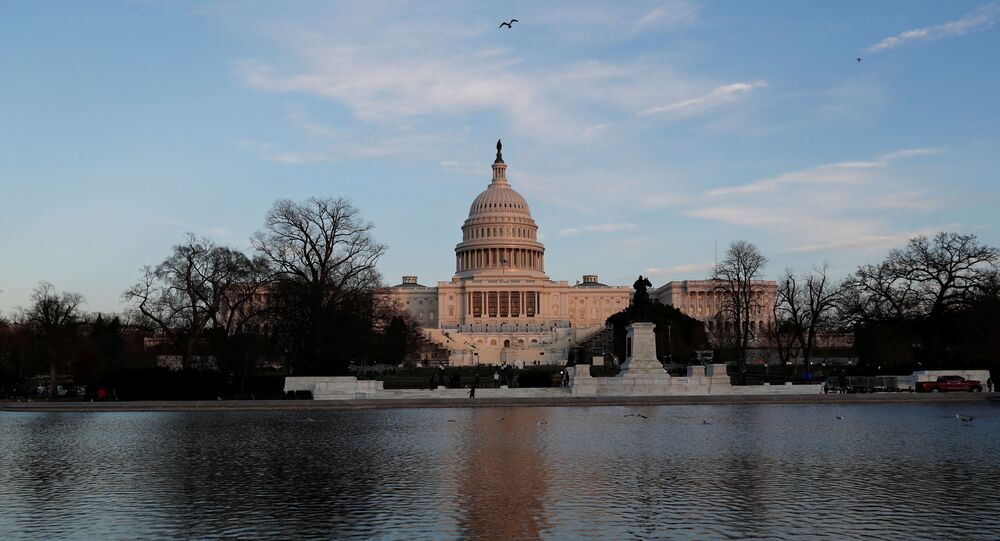 One of the additional security precautions involves the deployment of around 6,200 members of the US National Guard, who will provide support to the Capitol police.

Security arrangements for the upcoming inauguration of US President-elect Joe Biden and his vice president-to-be Kamala Harris have come under scrutiny in the aftermath of the deadly storming of the Capitol building in Washington, DC on 6 January.

On 20 January, Biden and Harris are expected to take the oath of office on the western front of the Capitol, one of the locations that was besieged by Trump's supporters this week.

The congressional leaders responsible for coordinating the inauguration, however, have announced that that event is going ahead.

"Yesterday was a sad and solemn day for our country," Republican Senator Roy Blunt and Democratic Senator Amy Klobuchar said. "The outrageous attack on the Capitol, however, will not stop us from affirming to Americans and the world that our democracy endures."

They added that "the great American tradition of an inaugural ceremony has occurred in times of peace, in times of turmoil, in times of prosperity, and in times of adversity," and that they "will be swearing in President-elect Biden."

As per the additional security precautions, some 6,200 members of the National Guard will support the Capitol Police over the next 30 days, according to Associated Press.

Additionally, road closures during Inauguration Day may also be altered, while tall metal fences “designed to be impossible to climb” have already been erected in the Capitol grounds.