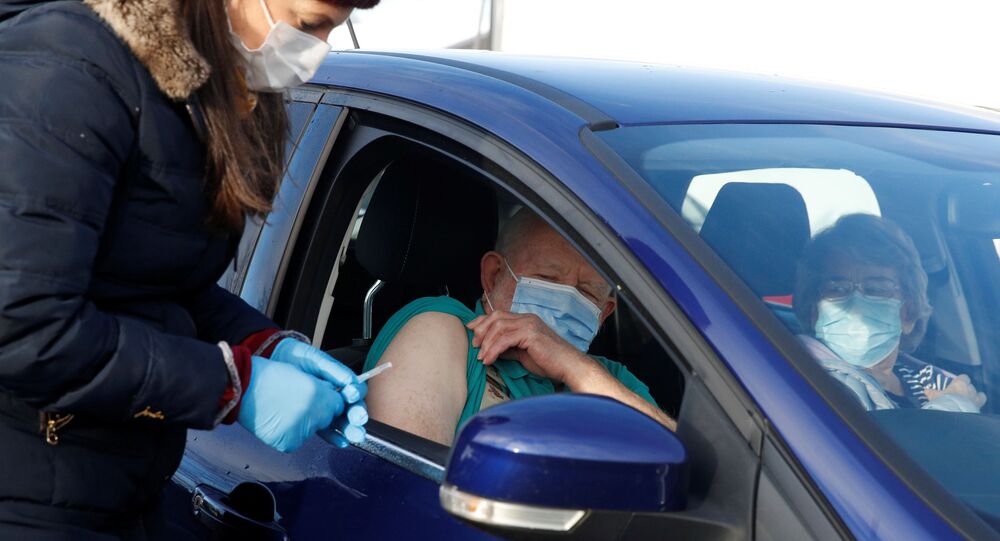 On 11 December the US Centres for Disease Control and Prevention reported on four cases of partial facial paralysis experienced by the recipients of the Pfizer vaccine.

A doctor died in the United States a little more than two weeks after being vaccinated with the Pfizer vaccine, the Daily Mail said, citing his wife.

Heidi Neckelmann, the widow of Dr. Gregory Michael, said her husband was vaccinated on 18 December and died 16 days later. He was 56 years old.

“In my mind his death was 100 percent linked to the vaccine. There is no other explanation,” she said as quoted as saying by the Daily Mail.

“He was in very good health. He didn’t smoke, he drank alcohol once in a while but only socially. He worked out, we had kayaks, he was a deep sea fisherman,” she added.

In addition, according to a recent health check, Gregory Michael was absolutely healthy.

Three days after vaccination, small spots began to appear on Gregory Michael’s feet and hands. In response, he went to the emergency room at Mount Sinai. As his blood count was not in the normal ranges, he was admitted to the intensive care unit, according to Heidi Neckelmann. Unfortunately, he suffered a stroke and died.

Earlier, Carlos Palestino, the brother-in-law of Mexican doctor Karla Cecilia Perez, was paralysed hours after receiving the Pfizer/BioNTech COVID-19 vaccine, according to reports.

There are currently two coronavirus vaccines which have been granted emergency use authorisation in the United States — Pfizer's and the one developed by US pharmaceutical company Moderna, whose dosing regimen is also two full shots, one month apart.