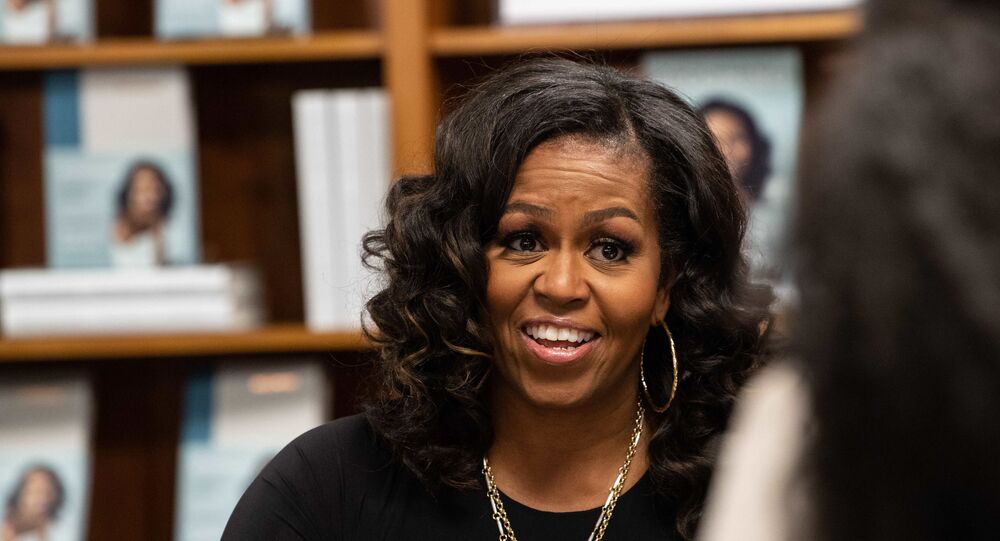 The biggest US social media platforms moved to suspend President Donal Trump's accounts after his supporters stormed the Capitol in DC on Wednesday, as Congress convened to certify the results of the 2020 presidential election, forcing it to go under lockdown, since Trump allegedly endorsed the violence and claimed the election was rigged.

On Thursday, former US first lady Michelle Obama issued an open letter on Twitter, in which she called on major social media companies to impose a permanent ban on President Trump's accounts, preventing him from using their platforms in the future.

"Now is the time for Silicon Valley companies to stop enabling this monstrous behavior - and go even further than they have already by permanently banning this man from their platforms and putting in place policies to prevent their technology from being used by the nation's leaders to fuel insurrection", she wrote.

Obama recalled the fact that most of the rioters that broke into the Capitol building were let go by the local police, and little resistance was provided against the groups that "desecrated the center of American government".

She went on by comparing the police actions during Wednesday's mayhem in DC with the law enforcement bodies' response to the Black Lives Matter protests earlier last year.

"The day was a fulfillment of the wishes of an infantile and unpatriotic president who can't handle the truth of his own failures. And the wreckage lays at the feet of a party and media apparatus that gleefully cheered him on, knowing full well the possibility of consequences like these", Obama added.

© REUTERS / BRIAN SNYDER
Video: Trump Concedes US Election, Says Capitol Rioters ‘Defiled the Seat of American Democracy’
Later on Thursday evening, Trump was apparently admitted access to his Twitter account, where he posted a video in which he condemned the rioters, and announced that he concedes to the upcoming administration of Joe Biden and is focusing his efforts on "ensuring a smooth orderly and seamless transition of power".

On Wednesday, the Twitter Safety team announced that it had blocked Trump's personal Twitter account for violations of the company's terms of service until he permanently removes a total of three tweets "that were posted earlier today for repeated and severe violations of our Civic Integrity policy".

This action was followed by Facebook's decision to ban Trump from posting until after the transition of power to President-elect Joe Biden. Trump's accounts were also suspended by Facebook's subsidiary, Instagram, along with Snapchat and Twitch.