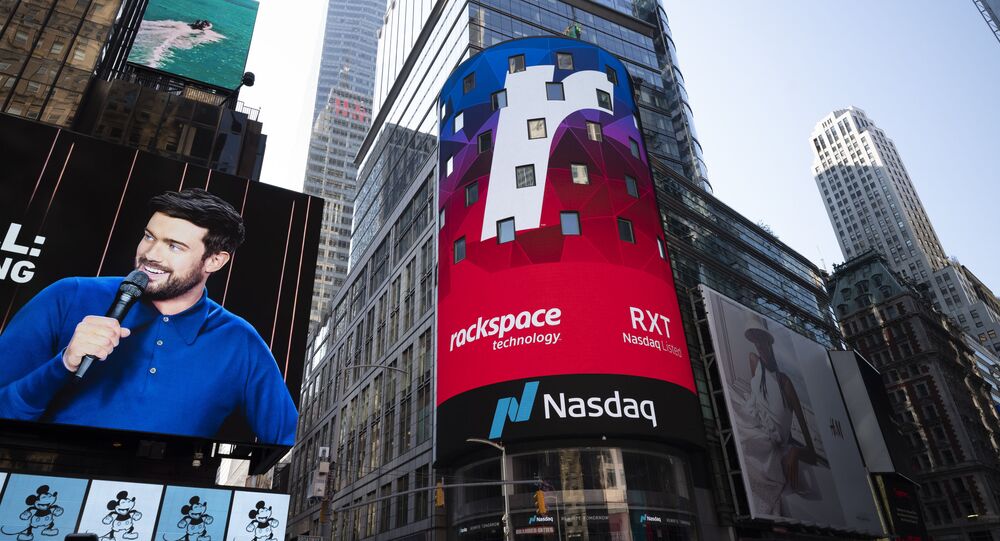 Events in the US capital, Washington, DC, took an ugly turn when pro-Trump activists stormed and breached the Capitol building while Congress was finalizing certification of Democrat Joe Biden's win in the presidential election. Despite going under lockdown for some time, Congress eventually certified Biden as president.

Investors on Wall Street did not seem to panic, as stocks continued to rise through Thursday, a day after the US Capitol building was besieged by Trump supporters, CNBC reported on Thursday.

According to CNBC, shares of JPMorgan Chase advanced 3.3% after the banking giant was upgraded to buy from neutral by an analyst at Bank of America. To lift the S&P500, the tech and consumer discretionary sectors rose 2.7% and 1.8%, respectively.

"There should be no mystery as to why the markets didn’t care about what happened in the Capital [on Wednesday], however disturbing, disgraceful, and embarrassing it was,” CNBC quotes Peter Boockvar, chief investment officer at Bleakley Advisory Group. "It’s because it has no bearing on the direction of the economy, earnings and interest rates. It’s that simple."

© AP Photo / David Karp
'Poor Economic Record': Why Wall Street Investors Fear Stocks Will Plummet Under Joe Biden
According to experts cited by the report, investors in the country are far more interested in the actual formal transition of power and the projected Democrat-controlled Congress than in the riots in Washington, DC.

"I think the reason the markets aren’t too flummoxed is it’s not going to change the transition of power," said Tom Lee, Fundstrat Global Advisors co-founder.

“With the political tensions easing, more stimulus expected to help boost the economy, and coronavirus vaccines helping bring a measure of calm to investors and traders, it seems that the market can now focus on earnings season,” chief market strategist at TD Ameritrade, JJ Kinahan, added, stating that the Georgia runoff election gave investors "more clarity" by "solidifying Democrat control in Washington and increasing expectations of more stimulus to come".

On Wednesday, a group of Trump supporters engaged with police in a stand-off that lasted several hours and left at least four people dead, including a female Air-Force veteran who was shot by a police officer. The events were condemned by US political figures and many world leaders as a "threat to democracy".

After the protesters were pushed back from the Capitol by the police with the imposition of a curfew, Congress reconvened to certify the election results, ultimately confirming Joe Biden's win in the presidential election.

Afterward, US President Trump issued a statement via his deputy chief of staff for communications, that his administration would facilitate the "orderly transition of power".