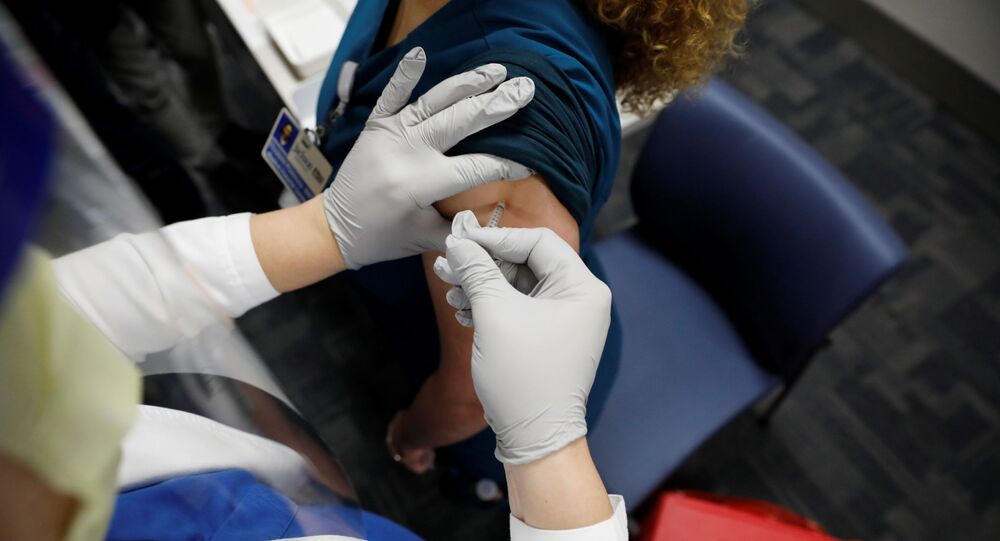 A spokesperson for US-based pharmaceutical corporation Pfizer, which developed its COVID-19 vaccine alongside German firm BioNTech, said that "serious adverse events, including deaths that are unrelated to the vaccine, are unfortunately likely to occur at a similar rate as they would in the general population."

Heidi Neckelmann, Michael's wife, mourned her late husband via Facebook earlier this week and alleged the medical professional's death was "due to a strong reaction to the COVID vaccine."

"He was vaccinated with the Pfizer vaccine at MSMC on December 18, 3 days later he saw a strong set of petechiae on his feet and hands which made him seek attention at the emergency room at MSMC," the widow wrote in her Tuesday post.

"The [complete blood count] that was done at his arrival showed his platelet count to be 0 (A normal platelet count ranges from 150,000 to 450,000 platelets per microliter of blood.) [He] was admitted in the [intensive care unit] with a diagnosis of acute [Idiopathic thrombocytopenic purpura] caused by a reaction to the COVID vaccine."

Michael's thrombocytopenia, which occurs when one's immune system mistakenly attacks the body's blood platelets, triggered the fatal stroke that killed him around two weeks after he was admitted to the hospital, according to Neckelmann.

With the novel nature of the coronavirus and related vaccines, the US Centers for Disease Control and Prevention (CDC) has launched a probe into the 56-year-old's untimely death.

“CDC will evaluate the situation as more information becomes available and provide timely updates on what is known and any necessary actions,” a CDC spokesperson announced in a statement obtained by the Miami Herald. “It’s been a difficult year as each of us grapple with a worldwide pandemic. Use of COVID-19 vaccines is the next step in our efforts to protect Americans and reduce the impact of the COVID-19 pandemic.”

The US Food and Drug Administration approved the Pfizer-BioNTech and Moderna vaccines for emergency use in individuals 18 years or older on December 11 and December 18, respectively. As of this article's publication, more than 5.3 million Americans - aged 18 years and up - have received their first dose of a two-part COVID-19 vaccine.

Vaccination guidelines call for patients to receive their second and final dose some two weeks after the initial injection. The Pfizer-BioNTech and Moderna vaccines are respectively advertised to be 95% and 94.1% effective at preventing symptomatic COVID-19 infection.

A Pfizer spokesperson confirmed company knowledge of Michael's passing to the Miami Herald earlier this week, but stopped short of directly linking the Pfizer-BioNTech vaccine to the 56-year-old's "highly unusual clinical case of severe thrombocytopenia."

“We are actively investigating this case, but we don’t believe at this time that there is any direct connection to the vaccine,” the spokesperson said via email.

Darren Caprara, director of operations at the Miami-Dade County Medical Examiner's Office, has yet to announce an official cause of death due to pending studies being carried out by the medical examiner and the CDC.

“The case is still under investigation, so nothing has been finalized," Caprara concluded.