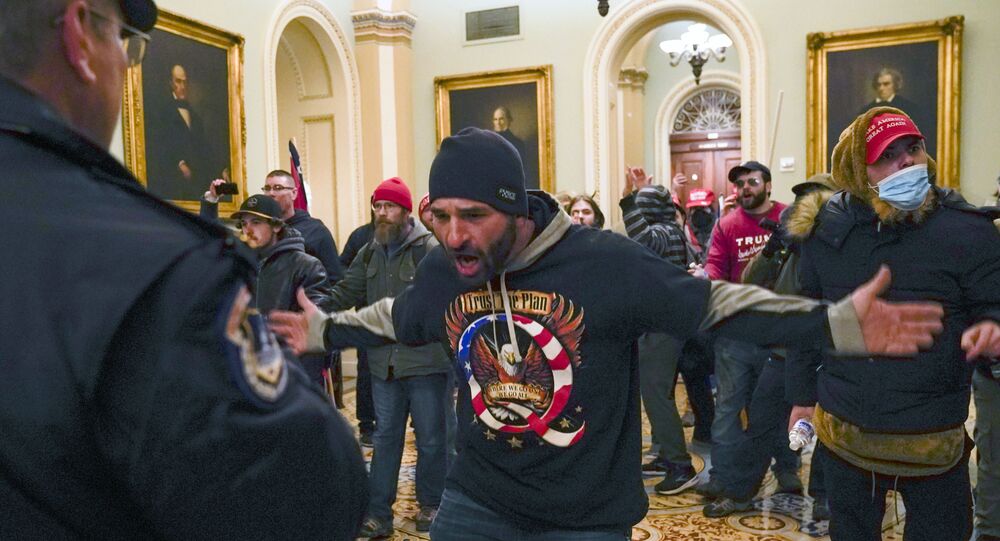 China’s Xinhua News Agency took a swing at the US’ pride on Thursday, offering a helpful Chinese translation of a phrase relevant to recent events: the violent storming of the US Capitol building by supporters of US President Donald Trump.

Xinhua’s “catchword of the day” section on its news app is typically mundane items likely to be encountered in current news: past days’ words have been terms like “Yangtze River Economic Belt,” “Lesser Cold,” and “China-Europe freight trains.” However, Thursday’s was a bit more explosive and was given some extra attention on the state-owned news and wire service’s Twitter account: the phrase was “violent protests.”

​The post’s image notes the translation is 暴力示威, or “baoli shiwei.”

“One was shot and killed, the other three died because of medical emergencies amid the violent protests at the Capitol,” the post’s image text continues. The tweet invites readers to comment on the post with their best translation of the sentence into Chinese and notes the best approximation will be posted in the "Catchword of the Day" section on the Xinhua News App on Friday.

A second helpful Chinese phrase is offered below: “four people die amid violence at US Capitol - Police.”

The day prior in Washington, DC, witnessed an unprecedented scene as violent supporters of Trump forced their way past police officers and stormed the US national legislature intending to halt the certification of Electoral College votes for the US presidency. At a speech earlier in the day, Trump told thousands of his followers that US President-elect Joe Biden had been fraudulently awarded his victory in the November 2020 election - a mantra he has repeated since the ballots were cast and which he had claimed would happen for months before.

During the ensuing conflagration, protesters faced off with Capitol security officers in the halls of the legislature, one of whom was filmed discharging his service pistol at a female protester attempting to batter through a doorway. The bullet struck her neck, and she died several hours later. Three other people also died in the Capitol during the event, all due to medical emergencies.

The protesters succeeded at gaining entry to the Senate chamber, but the ballot boxes had already been evacuated, and after police cleared and secured the Capitol building, lawmakers reconvened and certified the results, with Biden as the winner.

Trump Special Envoy Mulvaney Says Resigned After Storming of US Capitol, Others May Follow