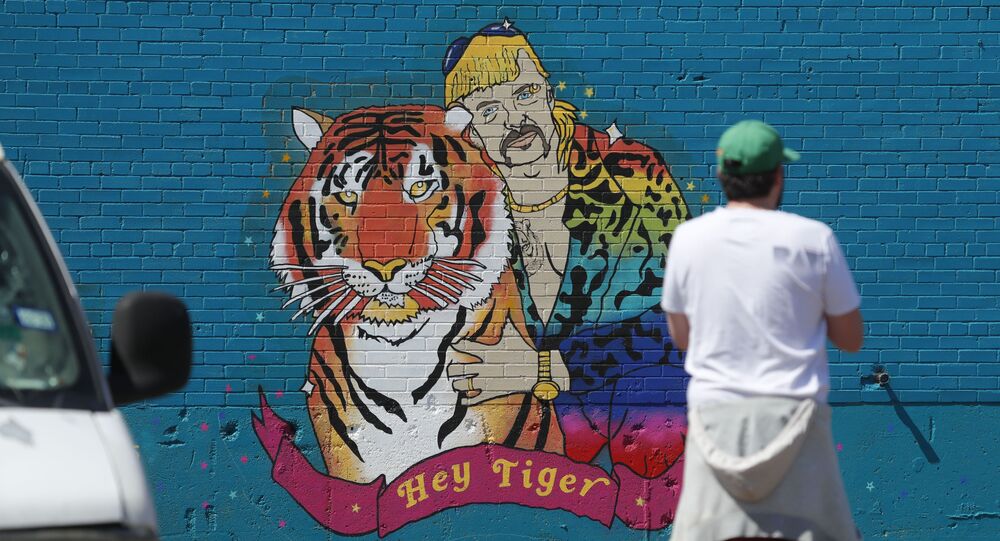 If US President Donald Trump doesn't grant Exotic a pardon, the convicted zookeeper's legal team may try to obtain a temporary release from a judge that would allow their client to attend the funeral.

The former American zoo keeper and convicted felon known as Joe Exotic is asking for a presidential pardon so he can leave jail to attend his father's funeral. His dad passed away following complications from COVID, TMZ reports

In 2020, Exotic – who ran the Greater Wynnewood Exotic Animal Park in Oklahoma and is also known as the "Tiger King" – was sentenced to 22 years in prison after being convicted on 17 federal charges of animal cruelty and trying to hire someone to kill animal rights activist Carole Baskin. He's now locked up in a federal penitentiary.

With the funeral slated to take place on Saturday in Oklahoma, Exotic's legal team is now expected to fly to Washington DC to push for the pardon, with the team's head Eric Love chartering a jet emblazoned with the name and image of his client.

Love also told the media outlet that he "has a big meeting with someone White House/pardon-related," though he did not say who it was.

If they fail to obtain a presidential pardon, Exotic's team may ask a judge for a temporary release, which would allow Exotic to attend his father's funeral.

The media outlet also notes that in May, Exotic's team carried out a similar stunt that involved driving to DC in a bus decorated with "a plea to get Joe sprung from prison."