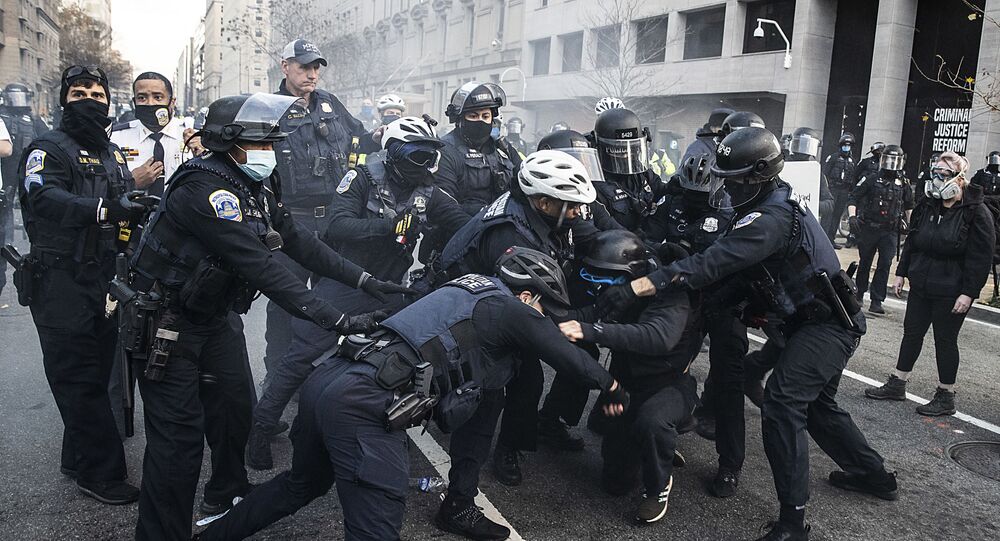 The protests come just a day before the Congress is set to vote and certify Biden’s victory over Trump in the US presidential election.

The incident reportedly occurred after members of the group Proud Boys tried to force their way through a police line and officers started pushing them back.

Videos emerged on social media showing supporters of the outgoing President scuffling with the police.

In another video, a couple of demonstrators can be seen arguing with the police during the rally.

​On Tuesday, Trump tweeted that people "won't stand for a landslide election victory to be stolen". He also announced that he would speak in DC on 6 January, the day the US Congress is set to vote and certify the Electoral College vote and called on his supporters to prevent the elections from being "stolen".

The outgoing President is still refusing to concede defeat to Joe Biden despite the fact that more than 50 lawsuits filed by Trump's team over alleged electoral fraud in key battleground states have been rejected because of lack of substantial proof.