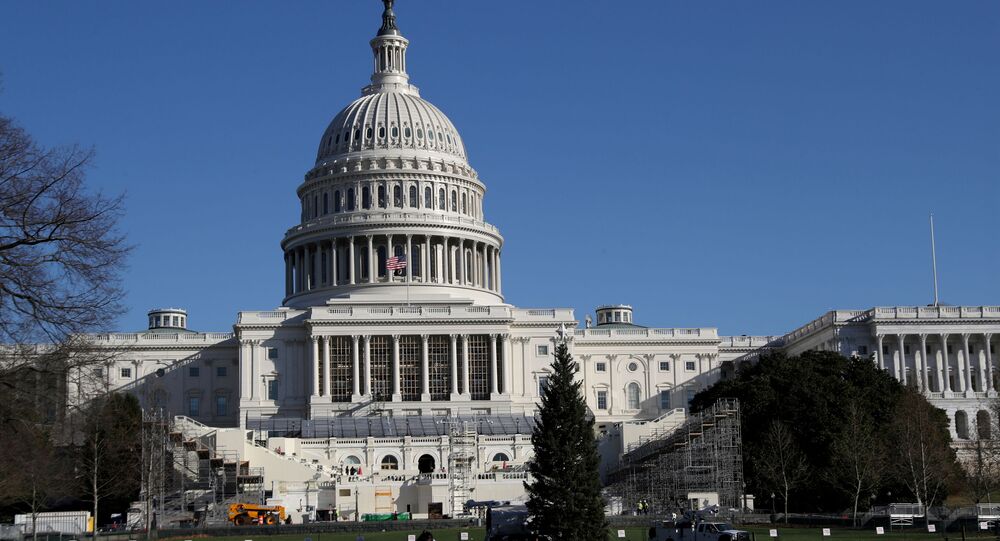 'Soleimani Will Be Avenged': FBI Investigating Alleged Threat of Attack on Capitol Building

US media reported, citing "multiple sources", that the threat does not appear credible, while it remains unclear as to who sent the threatening message.

The FBI is investigating into a threat to fly a plane into the US Capitol building on Wednesday as an alleged retaliation for the assassination of Iran's top military commander Gen. Qasem Soleimani, CNN reported, citing a source familiar with the matter.

The "revenge" message was first reported by CBS News, which said that it had obtained an audiotape of the threat.

“We are flying a plane into the Capitol on Wednesday. Soleimani will be avenged,” the message said.

The source added that the authorities do not consider the threat credible and it is being probed as a breach of aviation frequencies. Such a breach raises concerns since it could affect the instructions received by pilots. According to the channel, air traffic controllers were reminded to report immediately any threat or plane diverting from its flight trajectory.

On January 3, Iran mourned the one-year anniversary of Soleimani's death, who was killed in a US drone attack directed by US President Donald Trump. Soleimani's assassination has devastated Iran, where he was a highly respected military official, prompting vows to retaliate for his killing.

Trump administration had accused Soleimani of allegedly plotting attacks against US assets in the region. Days later, Iran launched over a dozen ballistic missiles at a pair of US bases in Iraq, giving over 100 American military personnel traumatic brain injuries.

Iranian officials have also repeatedly warned of further revenge attacks. In September, Iran’s Revolutionary Guards Chief Commander, Hossein Salami, said in September on the guard’s website that Tehran will avenge the US killing of its top commander General Qasem Soleimani by targeting those involved, in an “honourable” retaliation.

The anniversary of Soleimani's death, however, has passed with no military strikes in the Middle East region on the part of Iran, in spite of media speculation, though tensions between Washington and Tehran remain extremely high.

The news also comes just a day before the Congress is expected to certify the 2020 election results and two weeks before President-elect Biden is set to swear on a Bible on his inauguration day, January 20.