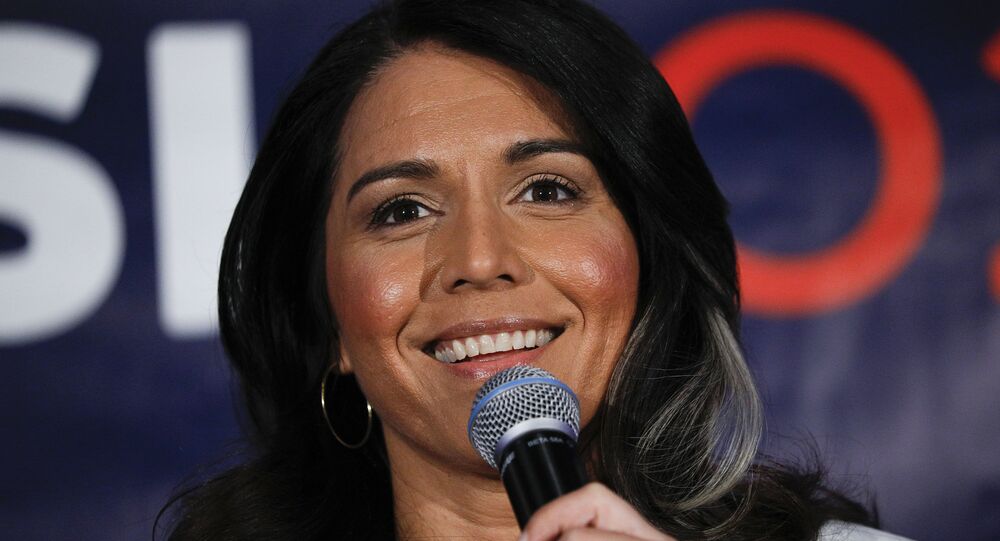 'Height of Hypocrisy': Gabbard Rebukes Congress' Decision to Ban Use of Gendered Words Like 'Mother'

The new 117th US Congress started with controversy, as Democrats have passed new rules for Congress removing all mention of gender-specific words like "man", "woman", "mother", "father", "son", and "daughter" to promote inclusion and diversity, and as representative Emanuel Cleaver finished the opening session prayer by saying "Amen and awomen".

Former Democratic Rep. Tulsi Gabbard of Hawaii criticized the House's ban on gendered language, which was passed on Monday, stating it denies "the very biological existence of women".

Commenting on this new code of conduct, designed as it proclaimed to help promote diversity and inclusivity, especially for women in Congress, Gabbard said that it does "the very opposite of that", calling it hypocrisy on the part of lawmakers who claim to support women's rights.

"It's the height of hypocrisy for people who claim to be the champions of rights for women to deny the very biological existence of women," Gabbard said in an interview with Fox News host Tucker Carlson.

She also argued that the passing of that code shows just how out of touch lawmakers are with the needs of the American people.

The new rules forbid the use of gender-sensitive words like "mother", "father", "brother" and "sister" to "honor all gender identities by changing pronouns and familial relationships in the House rules to be gender-neutral".

"Their first act as this new Congress could have been to make sure elderly Americans are able to get the COVID vaccine now alongside front-line health care workers," Gabbard added. "Instead of doing something that could actually help save people's lives, they are choosing instead to say 'You can't say mother or father.'"

Several Republican lawmakers also decried the code, including House Minority Leader Kevin McCarthy, who took to Twitter to express his thoughts on the lawmakers' decision.

​Gabbard, 39, who was a former presidential candidate, and did not run for reelection for her House seat in 2020, has recently come under fire for introducing the "Protect Women’s Sports Act".