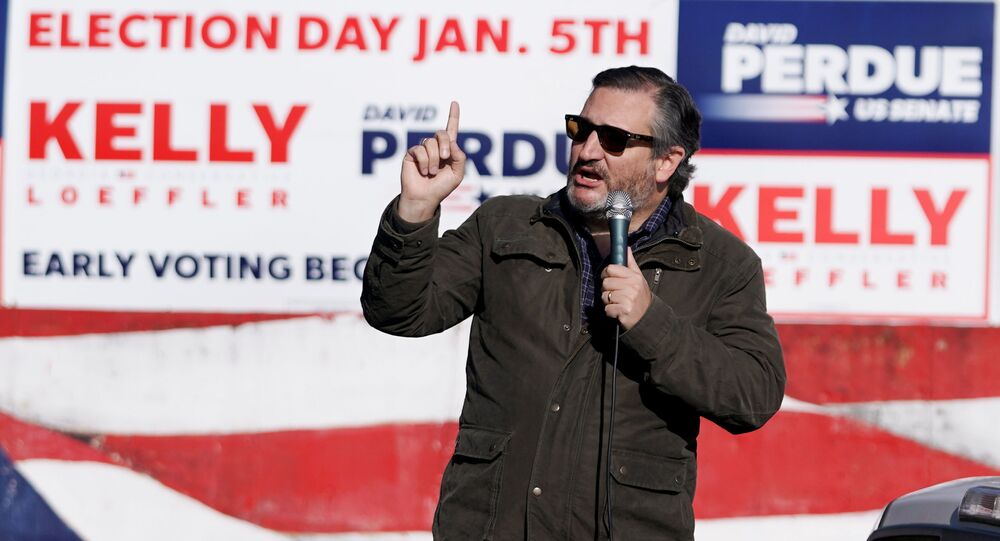 The group of 11 senators led by Ted Cruz of Texas sought broad support on Saturday for their bid to force a presidential election audit, insisting their intention was to protect the democratic process, not overturn it.

Texas Republican Senator Ted Cruz will lead off on Wednesday in a bid to force an audit of Democrat Joe Biden's presumed election.

Cruz will object to the certification of election results from Arizona — the first battleground state to be called out in alphabetical order in the joint House-Senate session to confirm Biden's victory — two sources "familiar with his plans" told news website Axios on Tuesday.

The sources said Cruz had picked Arizona, where President Donald Trump has contested a wafer-thin victory for Biden, in order to get his motion on the table early in the proceedings.

Cruz leads a group of 11 Republican senators who are pushing for an audit of the still-contested November 3 presidential election, to be completed within 10 days, in time for the swearing-in of the next president on January 20.

"I assembled a coalition of 11 senators that we are going to vote to object to the electors," the Texas senator told radio host Mark Levin on Monday.

"Not to set aside the election, I don’t think that would actually be the right thing to do," Cruz stressed, "but rather to press for the appointment of an electoral commission that can hear the claims of voter fraud, hear the evidence and make a determination as to what the facts are and the extent to which the law was complied with."

An earlier recount and audit in Georgia failed to swing the result from Biden to Trump, despite the discovery of several thousand votes for the president that had not been counted.

Two other Republican senators — Missouri's Josh Hawley and Georgia's Kelly Loeffler — will object to the results from Pennsylvania and Georgia respectively, two key states which also declared for Biden.

Trump and his allies continue to contest the election result, claiming ballot fraud as the reason for the sudden appearance of millions of votes for Biden in the small hours of November 4 and citing numerous witness reports of irregularities — dismissed by state election officials as insignificant.

Under the complicated US presidential election system, a joint sitting of both houses of Congress — with Vice President Mike Pence presiding — must certify the election results as submitted by the group of electors from the winning party in each state. The result from any state can be challenged if at least one senator and one House representative object.

But with the Democrats still holding an — albeit reduced — majority in the House and Republican Senate majority leader Mitch McConnell resigned to a Biden victory, the bid by the thirteen Republicans will almost certainly fail, rendering it a purely symbolic protest. Republican senators Mitt Romney, Tom Cotton and Kevin Cramer have also refused to support the move.

But in a statement on Saturday, the group of 11 senators insisted their call for an audit was not meant to usurp the rightful winner but merely ensure the legitimacy of the result.

© AFP 2020 / Drew Angerer
National Guard Called in Ahead of Pro-Trump 'Stop the Steal' Rally in Washington, DC
“We are acting not to thwart the democratic process, but rather to protect it,” they said. “And every one of us should act together to ensure that the election was lawfully conducted under the Constitution and to do everything we can to restore faith in our Democracy.”

On Saturday, Pence's chief of staff Marc Short said the VP "welcomed" challenges to the results and "shares the concerns of millions of Americans about voter fraud and irregularities in the last election."

Trump will appear at the "Stop the Steal" protest rally in support of his claims in Washington, DC, on Wednesday while Congress is in session.

Georgia On My Mind: Biden and Trump Hold Rallies Ahead of Decisive Election for US Senate