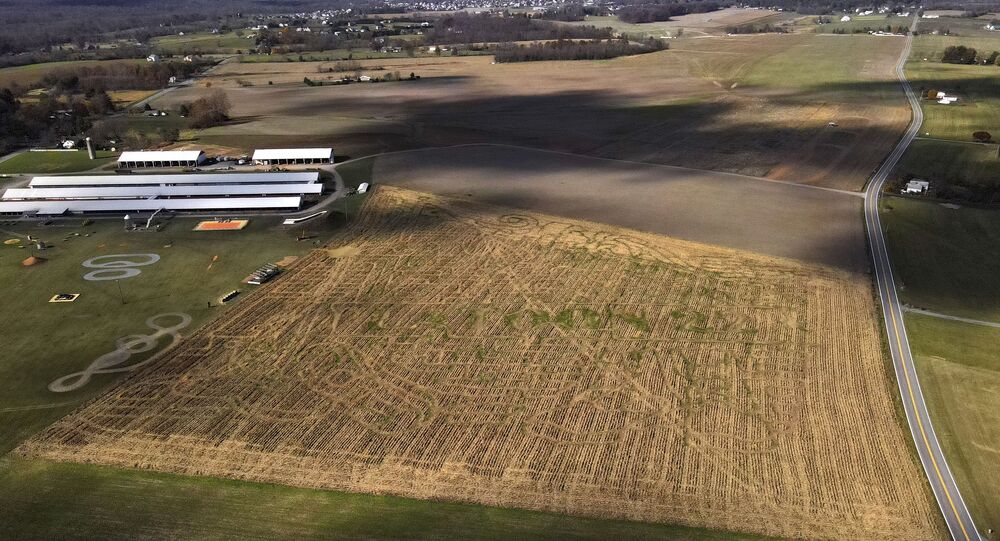 WASHINGTON (Sputnik) - Life in small towns and rural areas in the United States has become increasingly attractive for Americans during the coronavirus crisis, with 48 percent saying that given a choice, they would flee big cities and suburbs, a new Gallup poll revealed on Tuesday.

"About half of Americans (48 percent) at the end of 2020 said that, if able to live anywhere they wished, they would choose a town (17 percent) or rural area (31 percent) rather than a city or suburb. This is a shift from 2018, when 39 percent thought a town or rural area would be ideal", a press release explaining the poll said.

The increase in Americans' penchant for country living has been accompanied by a decline in those preferring to live in a suburb, down six percentage points to 25 percent. The percentage favouring cities has been steadier, with 27 percent today - close to the 29 percent in 2018 - saying they would prefer living in a big (11 percent) or small (16 percent) city, the release also said.

© REUTERS / Andrew Kelly
How Big of a Bite Has Coronavirus Taken Out of the Big Apple?

The shift in preferences since 2018 was seen across demographic groups, including equal proportions of men and women, the release added.

But three groups - namely, non-White Americans, Republicans and residents of the South - have shifted more strongly, with 12- or 13-point increases in a desire to exit big cities and suburbs, according to the release.