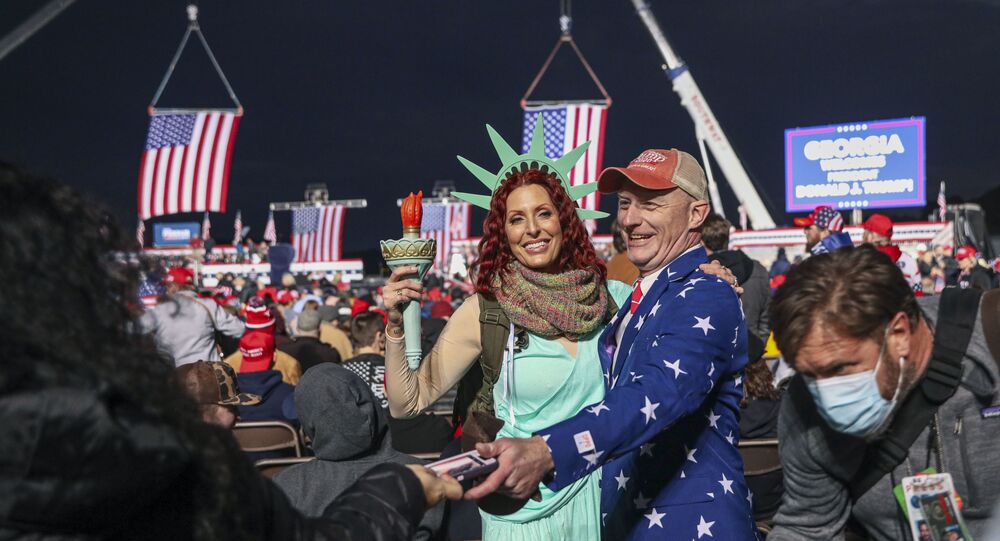 Georgia Senate Runoff Races: All You Need to Know

Georgia election officials are reportedly "gearing up" for a scenario in which the 5 January runoff votes in the battleground US state will see a neck and neck race that may be followed by weeks of litigation.

More than three million people have already voted early in the US Senate runoff elections in Georgia which will kick off on 5 January. Here's a deeper look into why the elections are being held and why they are so important.

Who's Taking Part in the Runoff?

The Democrat has repeatedly slammed Perdue as a crook, pointing to probes into Perdue's alleged multimillion dollar stock trades.

Another battle will pit 50-year-old junior Georgia Senator Loeffler against 51-year-old Raphael Warnock, a pastor at the Ebenezer Baptist Church in Atlanta.

Warnock, who is bidding to become Georgia's first black senator, is a supporter of the Black Lives Matter movement against racism and police brutality. Loeffler, in turn, is seen as a political rookie given that she was nominated to the US Senate in December 2019 by Governor Brian Kemp. The 50-year-old is also a co-owner of the WNBA team the Atlanta Dream.

Why is the Runoff Being Held?

The 5 January runoffs come after none of the Senate candidates managed to secure a majority of the vote in their relevant races in the 3 November election, described by President Donald Trump as "the most corrupt" in US history.

Why is the 5 January Vote Crucial?

The runoffs will be the deciding factor in terms of who takes control of the upper chamber of the US Congress. Currently, Republicans - led by Majority Leader Mitch McConnell (R-KY) - have a 50-48 edge in the Senate.

In the event that both Ossoff and Warnock win their races, Democrats and Republicans will have 50-50 Senate representation.

The Senate has been under the Republican Party's control since 2014.

Who is Most Likely to Prevail?

A record three million people have already voted early in the Georgia runoff elections, with ballot counting due to begin at 19:00 local time on Tuesday.

Previous opinion polls showed a very tight contest in both races, including a survey conducted by the pollster FiveThirtyEight that put Ossoff ahead of Perdue by 1.8 percentage points and Warnock over Loeffler by 2.2 percentage points.

Some, however, point to Democrats not having won a Senate race in Georgia in 20 years, which is why the odds of both Ossoff and Warnock prevailing in the 5 January runoffs are dubious.

© CC0 / Pixelkult
Facebook Partially Lifts Political Advertising Ban for Upcoming Georgia Runoff Elections
On the other hand, Joe Biden won the battleground state during the 3 November presidential election, marking the first win by a Democratic presidential candidate there since 1992 and apparently prompting the party to remain upbeat about the runoff results.

President Trump is still seeking to overturn the voting results, saying this year's election was "rigged" by Democrats in favour of Biden, whose win has already been certified by the US Electoral College.

The Trump team has filed numerous lawsuits against "voter fraud" in key battleground states, including Georgia, but so far to no avail.