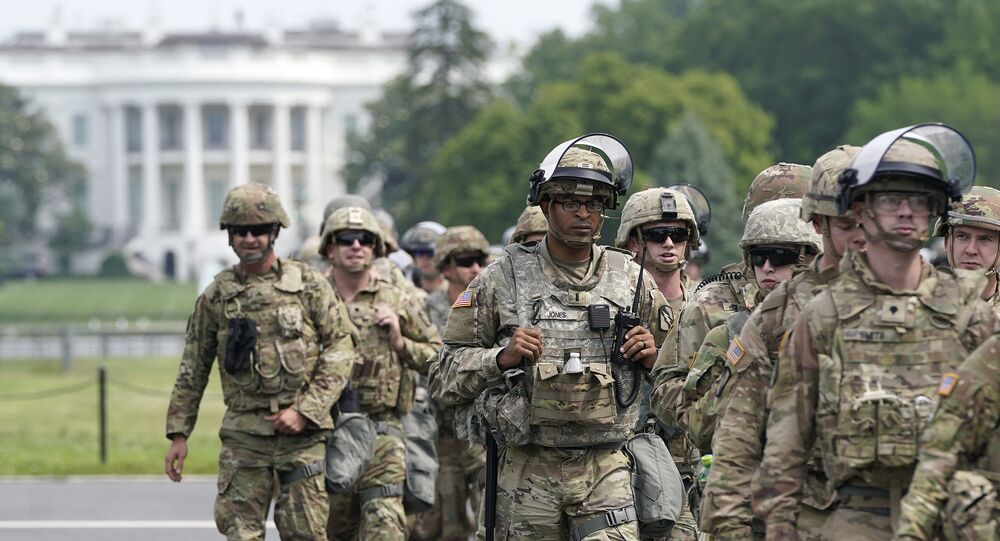 DC Mayor Muriel Bowser has called in the National Guard ahead of Wednesday's rally by President Donald Trump's supporters in Washington. The "Stop the Steal" rally will be held on the same day as the US Congress is expected to affirm Joe Biden's election victory, which Trump claims is due to extensive voter fraud.

In a bid to boost the Metropolitan Police Department and prevent possible violence, Bowser urged local residents to stay away from downtown DC and avoid conflict with anyone "looking for a fight".

Bowser, however, also stressed that "we will not allow people to incite violence, intimidate our residents, or cause destruction in our city".

© REUTERS / COMMONWEALTH MEDIA SERVICES
GOP Lawmakers Rally Behind Trump Ahead of Jan. 6 Electoral College Vote Certification
According to AP, citing an anonymous US defence official, Bowser put in a request on New Year's Eve to have the National Guard deployed from Tuesday to Thursday.

The source also claimed that roughly 340 National Guard members will be called in, with about 115 on duty in the streets "at any given time". The troops won't be armed, they will be used for traffic control and crowd management, the official said.

Organisers of the protest rally are said to be planning to gather on Tuesday evening at Freedom Plaza and on Wednesday on the Ellipse, intending to march to the Capitol. Among the expected attendees are such high-profile Trump supporters as Texas AG Ken Paxton and former Trump campaign adviser Roger Stone, who was pardoned by POTUS last month.

Last week, Trump sent out a tweet about an upcoming "Stop the Steal" protest rally in Washington at 11 a.m., local time, on 6 January, just weeks after teasing the event and urging his supporters to be there.

Announcing the rally, Trump also promised that "massive amounts of evidence" will be presented on 6 January, reiterating his claims that he "won, BIG!".

POTUS, along with a number of Republican allies, has been challenging the election outcome, claiming "massive election fraud" and branding Joe Biden, who obtained the majority of the popular and Electoral College votes, "a fake president".

On 14 December 2020, the Electoral College handed Joe Biden 306 votes, with Donald Trump receiving 232. The sitting president, however, has consistently refused to concede, continuing to declare that the election was "rigged".