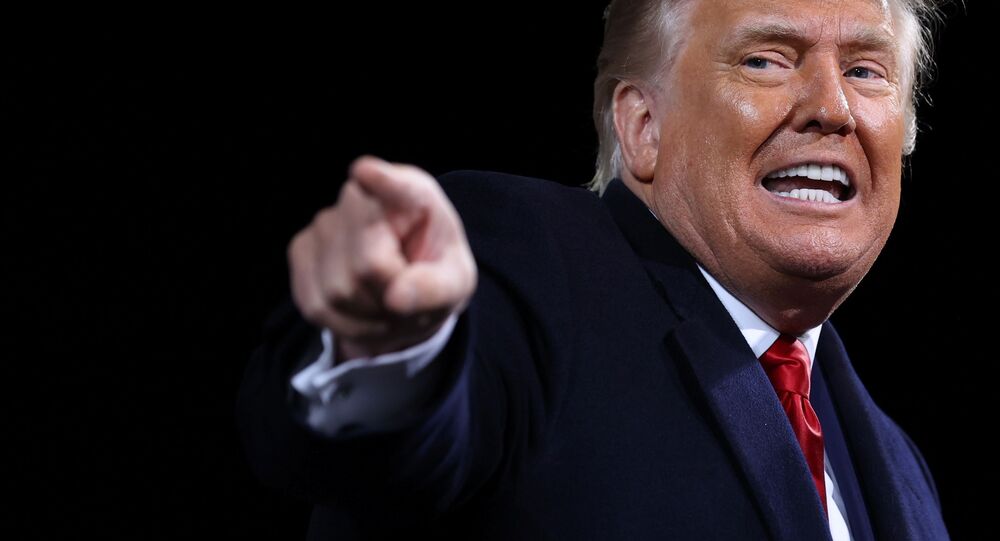 The recording sparked a spate of accusations of abuse of power against Donald Trump, with some in Congress going as far as to suggest introducing new impeachment articles against the outgoing president.

Georgia Republican Party Chairman David Shafer has revealed that the scandalous tape of President Donald Trump asking Georgia Secretary of State Brad Raffensperger to "find votes", purportedly stolen from the president during the November election, was recorded illegally. He clarified that the online conference call, attended by the president's lawyers and administration officials, was conducted under the stipulation that it remain confidential – something that Raffensperger purportedly violated.

Mind boggling that @GaSecofState and his lawyers would secretly record and release a confidential settlement conference with the President. I have made open records requests to the Secretary of State which have never been acknowledged or answered. This is lawlessness.

Shafer explained that the Georgia secretary of state is now facing two lawsuits, on the federal and state level, filed by Trump over the leaked recording. He said that Raffensperger was warned in advance of such consequences in a part of the conversation cut out from what Shafer described as a "heavily edited" recording published by The Washington Post.

The audio published by @TheWashingtonPost is heavily edited and omits the stipulation that all discussions were for the purpose of settling litigation and confidential under federal and state law.

The newspaper claims to have released the audio in full without edits, however, the chairman of the Georgia GOP insists that it is not true and indicated that even the transcript of the conversation published by The Washington Post suggests this "clearly".

Amy Gardner bizarrely denies what the transcript of the Washington Post audio clearly shows. The attorney for the President reiterates (“just like this phone call”) what was said before the transcript begins. https://t.co/j9uu5sACBh pic.twitter.com/YmW9pFrvWC

The full audio has now been released. https://t.co/yZNnSxpTtM

The leaked conversation featured Trump reiterating his accusations of voter fraud being responsible for his loss in the November election, and arguing that he received tens of thousands more votes in Georgia. POTUS lambasted Raffensperger over presumably resisting attempts to investigate fraud and asked him to "find" over 11,000 votes, that had been allegedly "stolen" from him and thus change the election outcome in Georgia.

The release of the audio recording triggered a wave of criticism against Trump, with Democrats accusing him of abusing his powers to "pressure" the Georgia secretary of state into overturning the election. Some in Congress, like Democrat Alexandria Ocasio-Cortez, suggested that Trump's comments could be viewed as an impeachable offence, arguing the articles against him must be presented to Congress "quickly". POTUS has not yet commented on the accusations or the release of the tape.